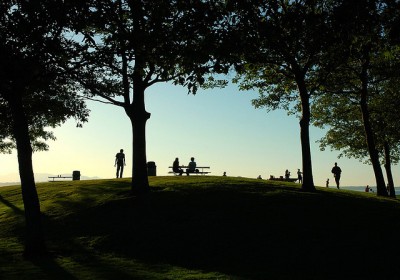 Washington state parks are to celebrate their 100-year anniversary in 2013, but instead of preparing any celebrations, the parks are doing whatever they can to keep from closing.

“At no time in our 100-year history have we been in a position like this, where we have to make so many tough decisions,” said Don Hoch, director of state parks.

Lawmakers have given Washington state parks an unprecedented mandate. They are to operate without state funding beginning in 2013. This has state parks seeking innovative options to self-fund in order to keep all of its 117 parks and properties open.

“For many people, those parks are the only outing that they can get, and we need to keep those (usage) costs as close to zero as we can,” State Rep. Larry Seaquist, D-Gig Harbor told The Seattle Times.

Last year, the parks implemented an attempt at a funding system, the Discover Pass parking permit. The system failed, not raising even half of the expected $32 million in funds.

“We are no longer getting a free check from the government,” said Hoch. “We are now in competition. We have to provide people a service [users] want to come for in order to pay our bills.”

What park officials have developed is a number of initiatives they hope can generate enough revenue to keep each park open. Most importantly, the park system is hoping to adopt a business model approach – unprecedented in park system operation.

The idea is for the park system to operate more like a business, but that is new ground for a system more accustomed to park preservation than collecting user data and mounting marketing campaigns.

Hoch said the parks are considering adding Wi-Fi hotspots geared at visiting youth, making an education center available and charge variable rates for campgrounds based on demand, for example.

An initiative already in place is the big push for more non-recreational leases of the land that the parks undertook in recent years. The addition of communication towers and utility lines brought in $1.1 million, but that is not enough to keep the parks afloat.

New revenue is being pursued from energy development and gravel extraction. The parks will also ask the state to ease restrictions on advertising and sponsorships in parks.

The parks system released a report detailing its potential initiatives this week which also included partnerships with local governments and nonprofits that will play a role in park management. The report will be discussed at an August 9 meeting of the state Parks and Recreation Commission. In it, the parks asked for an $18 million budget to be included for state parks for 2013 through 2015 while they transition to a new business model and the initiatives take effect.

In the report, it is stated that the parks cannot become fully self-funded and that the proposed model is “impractical” and “unachievable.” No other state follows any such model.