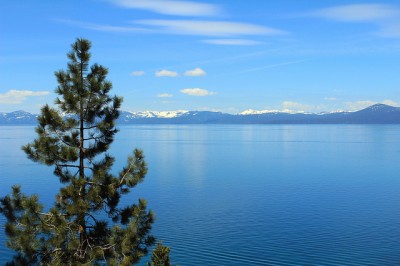 It’s both a vacation idea and a bragging point if you live near one of the lakes considered in USA Today‘s “Best Lake in America” poll. More than 5,000 voters via Facebook and Twitter decided the winner. Voters chose Lake Tahoe in the Sierra Nevadas along the border of California and Nevada as the best lake in America for recreation.

The lake draws a “gazillion” recreationists to the lake Mark Twain called “the fairest pictures the whole earth affords.”

The Great Lakes were left out of the running on purpose. The intention was to spotlight the USA’s smaller, lesser-known summer getaways. However, even the organizers admit that initiative was null by including Lake Tahoe, which is crowded with weekend tourists. To have a chance at some solitude at the lake, it’s recommended to go there midweek or after mid-August when most students go back to school.

View the lakes in photographs here.