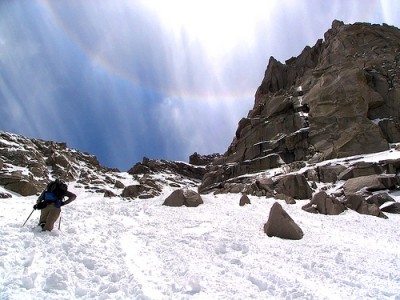 The 2012 climbing season has already been one of the worst years on record for mountain climbing accidents worldwide. Just last week, nine climbers were killed and several more were injured on Mont Blanc after an avalanche buried a party of climbers. Now two more climbers have lost their lives on Mont Blanc due to an unexpected snow storm. These two incidents come on the heels of other high profile climbing accidents this year on Mt. Everest, Mt. McKinley, and in Yosemite. According to the Colorado Avalanche Information Center, in 2012 there have been 31 avalanche deaths in the United States alone.

Experts cannot pinpoint any single cause for the increase in mountain climbing deaths, some suggest there are a number of factors at work. The most obvious variable in the recent climbing deaths is the weather. This year many places across the globe have been experiencing higher than normal temperatures and greater seasonal differences. The greater difference in temperatures has been responsible for some unstable snow and ice conditions which makes climbing extremely dangerous. Additionally, extreme and unpredictable weather, due in part the higher temperatures, has made climbing more dangerous. As evidenced by the most recent tragedy on Mont Blanc, unpredictable storms can trap climbers in some of the harshest environments of Earth.

However, human error has also played a large role in the increased fatalities among climbers. More people than ever are participating in mountain climbing, which could account for the some of the increases. Many of these climbers do not have the years of experience that veteran climbers have, but that is not the only issue. Due to the increase in the number of climbers popular climbing destinations are literally experiencing “traffic jams” of climbers. These snarls cause longer wait times for climbers who have often traveled thousands of miles to reach their mountain of choice. The impatience and frustration experienced by the climbers has caused many deaths and injuries so far. Frustrated climbers have tried to make their ascent in narrower windows of favorable weather, which has led to several tragedies. This combination of human influences and unfavorable weather conditions has made 2012 one of the deadliest years on record for climbers.

Image Courtesy of Jeff Pang via the flickr Creative Commons