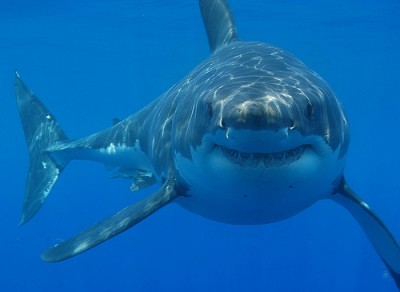 Nauset Beach in Orleans, Massachusetts has reopened after being closed on Sunday due to a close encounter with a shark. Orleans resident Dana Richardson told authorities that he witnessed a shark fin following behind his paddle board on Saturday. Another unnamed kayaker was also stalked by the same shark only minutes later. According to Richardson, he was only about 200 feet from shore when the pursuit occurred. He was also in shallow water, which makes the incident even more unusual.

Shark sightings around Cape Cod have been on the rise due to an overabundance of seals in the region. These seals are the primary and preferred food source for large predatory sharks. Sharks often mistake humans and small watercraft for seals, especially surfers and swimmers in wetsuits. For the time being officials recommend that people stay away from areas where sharks have been spotted and areas near seal colonies.

In an unrelated event on the other side of the country, a California kayaker was attacked this weekend of the coast of Santa Cruz. A great white shark bit through the front of the kayak and left the kayaker nearly a quarter mile away from the popular surfing destination of Pleasure Point in Monterey Bay. The waters around Santa Cruz, California are not known for sharks and the last reported incident was decades ago. The kayaker, who was not named by authorities, was fishing in his 13.5 foot kayak when he first felt the shark bump it. Suddenly the man was flipped out of the kayak as the shark began to attack the front of the boat. Thankfully the man was left shaken but uninjured, and he was rescued by a boater who witnessed the incident.

Investigators believe that great white sharks were involved in both incidents, although it has only been confirmed in the California case by tooth fragments found in the kayak. Officials are not telling people to avoid the water, but they are alerting beachgoers to “enter the water at your own risk”.