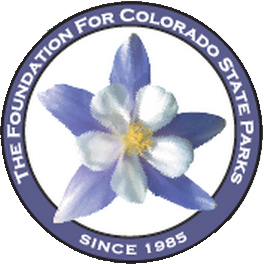 The Foundation for Colorado State Parks (FCSP), in partnership with Colorado Parks and Wildlife (CPW), will hold a series of public meetings this summer to discuss the FCSP’s proposed corporate sponsorship program.

“We have been working with the Foundation for several months to shape this new program,” said Rick Cables, Director of Colorado Parks and Wildlife. “We applaud their initiative and their desire to reach out to the public for discussion and ideas.”

With the goal of increasing the FCSP’s ability to support Colorado State Parks, the Foundation is proposing a broad-based effort to create new and ongoing partnerships with private, business and corporate sectors within Colorado.

“Our goal is to boost funding from the FCSP for Colorado State Parks,” said Jeff Shoemaker, executive director of the Foundation. “We believe this new outreach to the private sector will significantly strengthen the partnership between the public, private and philanthropic sectors, all of whom share a common love for Colorado’s amazing system of state parks.”

The public meetings currently scheduled will occur as follows: