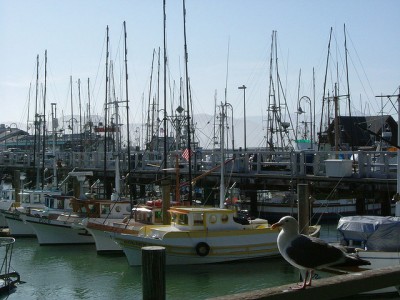 A recent report by the Freedonia Group had some good news for the boating industry contained within its pages. It said the industry is growing and is expected to grow 8% to $10.1 billion by 2016. Although this number is a positive turn for an industry heavily hit by the recession, it still doesn’t bring sales numbers back to pre-recession days.

The US recreational boating industry was decimated by the economic and housing market downturns that began in 2007, given that boating products are luxury items and the market depends on consumer spending and access to credit. The industry suffered its worst contraction in nearly 50 years, with a sharp drop in demand each year between 2007 and 2010 and a number of bankruptcies among industry suppliers and dealers.

Following this collapse, the recreational boating industry is attempting to gauge the “new normal.” This will include determining not only how far retail boating product demand will recover, but also how much stock boat dealers will maintain and, even more fundamentally, how many dealers and boatbuilders will survive. The industry also faces difficulties brought on by demographic factors, including the aging of the large “baby boom” generation beyond the traditional age for boat buying and the increasing share of minorities — traditionally underrepresented among boat owners — in the US population. These and other trends are presented in Recreational Boating, a new study from The Freedonia Group, Inc., a Cleveland based industry market research firm.

In 2011, demand had begun to recover from the depths plumbed in 2010, but in the short term, the market is unlikely to bounce back as quickly as it has in past downturns because consumers continue to deleverage and the economic recovery remains tepid.

By 2016, the recreational boating market (including boats, propulsion systems, and accessories) is expected to rebound, with demand increasing 8.0 percent annually to $10.1 billion. The market will be driven by gains in consumer spending and disposable income and the increasing strength of the financial sector. The boating industry’s efforts to expand the boating market to women and minorities will boost sales of entry level boats. Growth in the 55-64 age bracket will support demand, since boat purchases become more likely near the onset of retirement (although they tend to decline shortly thereafter).

Despite the rapid sales growth, the market in 2016 will only be about two thirds of what it was in 2006, and is not expected to recover to the pre-downturn levels for the foreseeable future. Demand for traditional powerboats will see the fastest gains, rebounding from especially sharp declines beginning in 2008 as credit conditions made financing expensive boats difficult.

Image from Kevin Hutchinson on the flickr Creative Commons