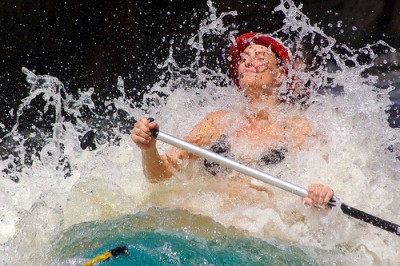 The Chicago Police Department is still investigating the decisions of two kayak tour operators that led to 62 kayakers being rescued in the Chicago River. The 62 kayakers were saved after sudden severe weather, including high winds and thunderstorms, capsized their kayaks on Sunday afternoon. None of the kayakers were seriously injured, but the kayak tour companies are being held responsible for what could have been a disaster.

The kayak tour operators, Waveriders Kayak Tours and Kayak Chicago, were both issued municipal citations for “operating watercraft in hazardous conditions”. Compounding the extreme weather conditions, with winds reaching up to 100mph, was the fact that nearly all of the kayak renters were novices. The operators highlighted the fact that hours before the expeditions began, no severe weather was forecasted.

Due to the citations and concern for customer’s safety, other kayak tour companies policies have chosen to reexamine their policies. Kayak tour operators are expected to interpret weather forecasts more conservatively will be looking for updates in the forecast more frequently.