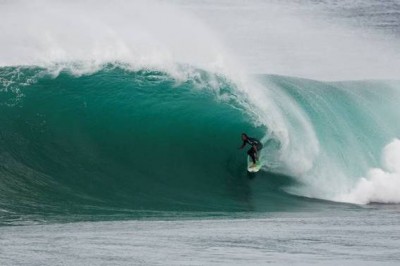 The country’s top competitive surfers are ready to take on more than 100 of their international foes over the next two weeks as South Africa hosts the annual mid-year two-event leg of the Association of Surfing Professionals (ASP) World Tour.

Even though the downgrading of the Billabong Pro J-Bay to a 6-Star rated ASP World Tour event means that the all of the world’s top 34 surfers will not be competing here for the first time since 1997, 17 of those on the 2012 ASP World Championship Tour (WCT) will join local elite tour members Jordy Smith and Travis Logie for the Prime rated Mr Price Pro Ballito starting on Monday.

Smith will be the crowd favourite in local waters after winning at Ballito in 2010 before going on win at Jeffreys Bay, a title that he successfully defended last year. The Durban born and raised current WCT No. 8, who now resides in Cape Town when not on tour, is going all out to bolster his confidence and his ASP World Tour ranking of No. 13 in his home waters.

“I haven’t had the greatest year and I think it will be good to go home and regroup and rebuild my confidence for the second half of the year,” Smith explained. “I’ve be in Reunion doing some board testing prior to the Pro as the waves are similar to Ballito (hollow right handers), so I got a lot of practice and am coming in fresh for the contest and hopefully win it.”

Durban based Logie, who was crowned the South African Surfer of the Year in Durban on Friday evening, will be equally determined to post a victory in his home event. A fierce competitor who has spent nearly seven years at the highest level of competitive surfing, Logie’s proven ability in big waves, lightening fast reflexes and the capability to pack more manoeuvres into a ride than virtually anyone make the 32 year-old a strong contender in all conditions.

“I’ve come everywhere in this event except first,” Logie said of the Mr Price Pro. “I’ve got second down to 33rd and almost everything in-between and it’s my home event so I have an enormous desire to win.”

While Smith and Logie are amongst the top seeds in both the local events, Greg Emslie, a nine-year year WCT veteran who has won nearly every contest he has entered in SA since retiring from international competition at the end of 2009, is a wildcard at Ballito and a serious threat to everyone at J-Bay.

“I am feeling great right now,” Emslie said on his preparation for the events. “I’ve been trying to get in the water twice a day and the waves have been excellent this winter season. I wake up at 4.30am and do training with my brothers, so it has been a fun build up and I’m amped!”

SA’s current crop of ASP World Tour campaigners are all entered in both events and the likes of Royden Bryson (Cape Town), Shaun Joubert (Mossel Bay), Brandon Jackson (Durban North), Dale Staples (St Francis Bay) and Rudy Palmboom (Bluff) will be determined to seize the opportunity to pocket invaluable rankings points and earn a share of the substantial prize-money on offer in familiar conditions.

While the Billabong Pro J-Bay event organisers have yet to announce the six wildcards in their 144-man field, the five who will join Emslie in the 96-man Mr Price Pro Ballito are Brendon Gibbens (Kommetjie), SA Junior Surfer of the Year, Beyrick de Vries (Umhlanga) and Chad du Toit (Durban), who all received ASP Africa wildcards, with the sponsor’s wildcards going to Steven Sawyer (Jeffreys Bay) and Conner Coffin (USA).

South Africans will also get to see legendary 1999 ASP World champion Mark Occhilupo (AUS) in action as the winner of the inaugural ASP event at Jeffreys Bay back in 1984 makes a determined effort to re-qualify for elite WCT status at the ripe old age of 46.

The Mr Price Pro Ballito runs from 2 to 8 July at Willards Beach, Ballito. This Prime rated event offers US $250 000 (approx. R2.1 million) with 6 500 rankings points going to the winner and all the action can be followed via www.mrpricepro.com

The Billabong Pro J-Bay runs 10 to 15 July at Supertubes, Jeffreys Bay and is a 6-Star rated event that carries a US $155 000 prize-purse and the winner earns 3 500 points on the rankings list. See www.billabong.com for more information.