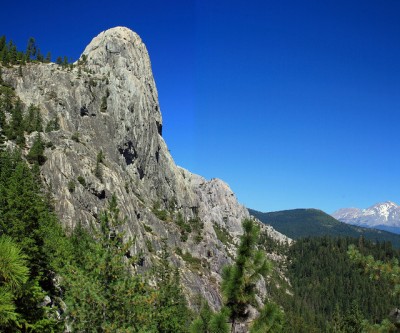 Californians were sure that many state parks’ fate had been signed away when the state issued a list of 70 parks that it intended to close because of budget shortfalls earlier this year. The 70 parks made up nearly a quarter of its entire system.

On Thursday, park officials announced that 65 of the 70 parks slated to close will continue normal operation.

California struggles with a $15.7 billion budget deficit; the closing of the parks was estimated to save $22 million from the parks budget. But just in time for the busy Fourth of July holiday week, parks officials announced a bill signed by the governor that will allocate new funds to the starved parks system. The state also said it reached agreements with nonprofits, local governments and others regarding 40 of the parks, according to a report by the Huffington Post.

Director of the state parks system Ruth Coleman was touched by the response from passionate people about the sites after announcement of their closing spread.

“We have re-energized the people who love parks, and they are stepping up and contributing to parks in all sorts of ways,” Coleman said during a conference call with reporters.

Just before the announcement to keep the parks open, California Governor Jerry Brown partially vetoed a state parks funding bill, allocating $10 million in new funds, instead of $41 million approved by the legislature.

“I cannot fully support this action because proposed funding either takes from other important purposes or may violate the state’s agreement with the federal government regarding the State Water Pollution Control Revolving Fund,” the governor wrote in his veto. He was referring to federal money the bill had sought to access for the parks.

The funds will allow for more time to determine final deals for 25 of the parks slated to close.

While this means that five parks will still be officially closed, they will be accessible. Some amenities and services will be unavailable however, such as the garbage collection service and certain lodges and museums will be closed.

The budget for state parks will allocate $13 million in bond funds meant to be used for projects that increase revenue at the park, such as better fee machines that take credit and debit cards and more, or alternative, camping sites.

These operation agreements will allow the state to keep parks open as operation costs will be transferred to private and public entities.