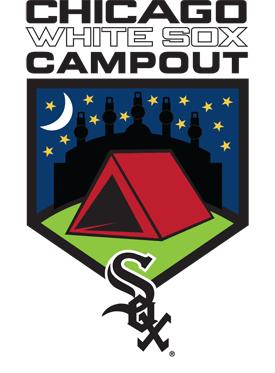 The “White Sox Campout at U.S. Cellular Field,” presented by Outdoor Channel and XFINITY, invites fans to set up a tent and spend the night in the outfield, while watching the White Sox away game against the Yankees on the JumboTron. Throughout the evening of Friday, June 29th, the fans will be treated to goodie bags filled with a camo hat, baseball cards, Outdoor Channel talent cards and Comcast-branded goodies. Fans will also have the opportunity to play catch in the ballpark, along with casting ponds and stargazing. Tickets for the campout can be purchased on the White Sox web site.

Outdoor Channel and XFINITY will also headline “Outdoor Channel Night at U.S. Cellular Field” on Saturday, August 11th, during the White Sox home game against the Athletics. The event will feature Mark Zona, a Chicago native and host of Outdoor Channel’s “Zona’s Awesome Fishing Show,” who will throw out the first pitch. Moreover, the first 20,000 fans entering the stadium will receive a custom camouflage White Sox hat commemorating the special day that the two recreational sports joined forces. And fans will have several additional opportunities to win prizes throughout the night. “Our partnership with XFINITY and the White Sox is a unique, high-exposure marketing opportunity that creatively touches outdoor and baseball sports fans, giving them an opportunity to celebrate their recreational passions and connect with their favorite stars,” said Tom Hornish, President and Chief Executive Officer, Outdoor Channel. “We are thankful to our partners for giving us the opportunity to further interact and engage with our viewers and the broader sports-loving people of Chicago.”

“We are thrilled to team up with Outdoor Channel and the White Sox to bring two of America’s favorite pastimes together,” said David Williams, Vice President Sales & Marketing, Comcast Chicago Region. “These events give us a compelling communications platform to reach a large, ardent sports community to spread the word about the variety of compelling programs offered on XFINITY throughout the region.”

“White Sox fans bleed black and white, but they also have a keen interest in exploring the outdoors. We share a common set of enthusiasts with Outdoor Channel, who are devoted to the spirit of the game – whether that game requires a bat, a pole, a rifle or a bow,” said Brooks Boyer, Senior Vice President, Sales and Marketing, White Sox. “Our collaboration with both Outdoor Channel and XFINITY unifies these devoted enthusiasts to amplify the excitement of the summer season. It’s sure to be a home run for all.”

Outdoor Channel is offered on Channel 406 via the Digital Preferred tier on Comcast’s XFINITY TV in the Chicago market.