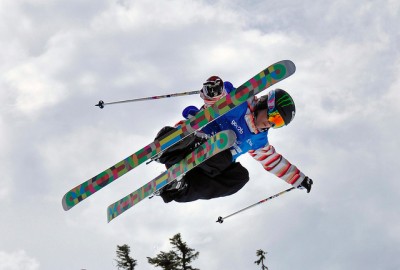 Although the late ski cross racer Sarah Burke won’t make it to the Olympics in Sochi, Russia in two years, she will be honored as one of the 2012 Canadian Olympic Hall of Fame inductees. The athlete, lauded as a favorite in the upcoming winter Olympics, died in January 2012 after an accident on a half-pipe during training. She has taken home four gold medals during the X Games and successfully championed to have a women’s halfpipe freestyle ski event during the Olympics.

She will be inducted into the hall of fame in the builder’s category later this year in September. Before her death, her husband Rory Bushfield filmed a movie for the The Ski Channel titled Winter from which the following tribute video was made.