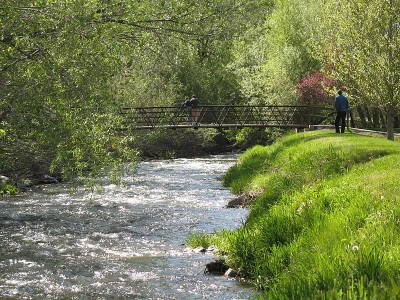 Protection from confusing laws, or a slippery slope toward the restriction of Second Amendment rights? That’s the argument surrounding a proposed city ordinance in Russellville, Arkansas that would seek to ban carrying a concealed weapon in the city’s parks, but here’s the catch: the city doesn’t own most of the parks within its borders.

Of the 17 parks within Russellville’s limits, only a small number are actually owned by the city and therefore, until now, have allowed concealed carry. The rest, the vast majority, are actually owned by the U.S. Army Corps of Engineers and leased to the city. As is important to note, the United States military has its own particular rules regarding firearms on its property; the Army Corps of Engineers is no different, and it prohibits the carrying of any firearms, with a few particular exceptions for hunting in some areas, in all Corps-owned parks.

It is this particular quirk, the competing laws of Russellville and the Army Corps of Engineers, that has been used as the impetus for the new ordinance. According to Russellville Mayor Bill Eaton, the ordinance will provide consistency between all parks within city limits, and the ordinance originally came about after the police were called because a man was concealed carrying in a Corps-owned park and had to be asked to leave. According to the mayor in The Courier News Online:

If we use Corps guidelines in all city parks, then that makes it more simple for those who enforce the law. [The ordinance] is to make it a more clearly-defined way for our law enforcement to know how to apply the law. The city’s interest was to make all city parks comply to the one standard rather than having two standards and a law enforcement officer having to know in every park in the city which regulation applied there.

“What about state preemption for CCW?” many are asking themselves. Apparently, according to Chris Matthews of ArkansasCarry.com, the city council has a way around this: “Even with state preemption on firearms laws they do have the ability to enact this ban in parks if they post signs on all entrances (an AG opinion supporting this on city property exists).” The ban is also said to extend to all city-owned land, though how exactly this will be enforced has not yet been established. As of the last update of the ordinance, CPL holders will at least be able to store their firearms in their vehicles in the parking lots of these parks.

Nevertheless, this hasn’t pacified legal CPL holders. George Holt, president of the Arkansas River Valley Gun Club had this to say in The Courier News Online, ““I want that right (to carry a concealed weapon) and the Second Amendment gives me that right and what the city of Russellville’s trying to do is take that right from me. There’s some things that are more important than trying to fix something that’s not broken,” and commenter Clay Cooper on ArkansasCarry stated simply, “If enacted, the first person or persons who becomes injured or robed [sic] on City property should file a class action lawsuit!”

Parks and Recreation Director Mark Hollis, however, continues to compare the ordinance to more procedural rules such as park hours of use and glass bottle restrictions. With the change to allow firearms in car trunks, the proposed ordinance will have to be read an additional three times following its introduction to the Russellville City Council during its regular meeting this Thursday at 6PM.

Photo: Jere Keys from Flickr via the Wikimedia Commons