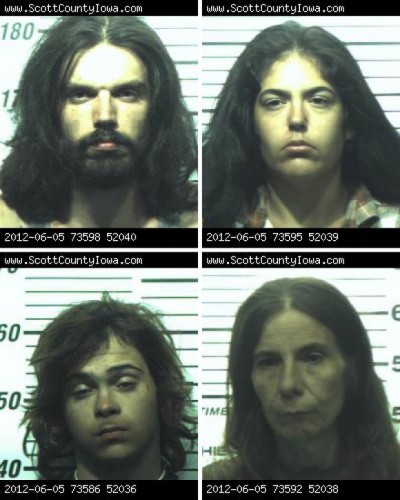 The quartet’s plan was simple enough: steal a motorless, 18-foot flat-bottom boat and drift 1165 miles (as the crow flies) to the mouth of the Mississippi River. Unfortunately without a motor the foursome of nautical ne’re-do-wells couldn’t do anything do avoid Lock and Dam 14, which is in LeClaire, Iowa.

After crashing into the dam one of the men on the boat called 911 for help. An investigation lead to their arrest.

County Sherriff Dennis Conrad said the foursome admitted to trying to float to the mouth of the Mississippi.