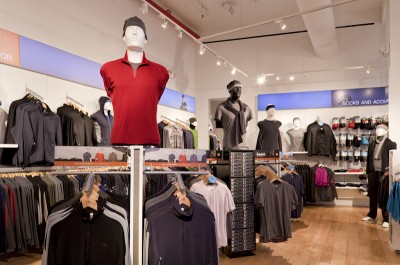 This is the second Vancouver TouchLab; the first, located in the Kitsilano neighborhood, opened in March 2011 and has been a huge success.

Icebreaker’s new 1,700-square-foot TouchLab will be located in The Village at Park Royal, an open-air shopping and dining destination in West Vancouver. The store will be located at 825 Main Street, near lululemon, Salomon, Atmosphere and Whole Foods.

“Vancouverites have been such great supporters of Icebreaker, and we think the North Shore is an ideal fit for our second store. It attracts fit, healthy shoppers who love taking advantage of Vancouver’s mild climate – which lets you play outside year-round – and who value natural fibers and sustainability,” said Hazel Doocey, General Manager of Retail at Icebreaker.

The Park Royal Village TouchLab store will feature Icebreaker’s complete line of pure merino wool apparel, including its Outdoor, Running, Travel, Kids, Underwear and City collections and Socks and Accessories, all made from handpicked merino wool born in the Southern Alps of New Zealand.

The store will give shoppers the opportunity to touch Icebreaker merino, known for being so soft that people often don’t even realize it’s wool. A Tactile Gallery will have garments that explain the functional benefits of Icebreaker merino – it’s soft, non-itch, odour-resistant and highly breathable. Merino also regulates temperatures, which means it warms in the cold and cools in the heat.

Icebreaker opened its first Canadian TouchLab in Montréal in 2008. The company has six other North American TouchLabs in Montréal, Canada; Portland, Oregon (home of its US headquarters); New York City (SoHo and the Meatpacking District); and California (San Francisco and, also opening this September, San Jose).