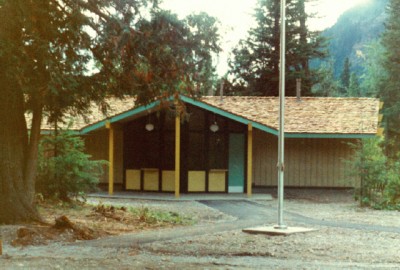 A conversation taking place within the outdoor community about the proposed removal of a ranger station in Glacier National Park has its roots in one of the founding purposes of the National Park Service (NPS). Various events and influential people led to the establishment of the Service in 1916 “to conserve the scenery and the natural and historic objects and the wild life [sic] therein and to provide for the enjoyment of the same in such manner and by such means as will leave them unimpaired for the enjoyment of future generations.”

Now, as administrative buildings used by NPS age, there is considerable discussion as to whether they should be removed or preserved.

Currently, there is a proposal open for public comment to remove a building that was constructed at Glacier National Park in 1966. The Avalanche Ranger Station was originally built as a visitor information contact office and residence for two park rangers. It was closed in the 1990s and although there were plans to convert it into a bathroom, none came to fruition and a bathroom has since been built nearby.

The building is in a severe state of deterioration and normally it would be removed without a second thought. The dilemma is that the building is considered historic because it was constructed as part of a rehabilitation of the area campground under the NPS Mission 66 infrastructure development program with historic architectural integrity.

So, should it be demolished?

Reddit reader ndt said that it should be removed because if it isn’t, more buildings will be built around the historic ones which takes away land from the national parks, the original reason for establishing the NPS. The reader asks, if it’s unusable, why wouldn’t it be removed?

“Since the National Park Service is entrusted with preserving some parts of our historical legacy, getting into a situation where the park facilities themselves start being deemed historic is a bit of an odd self-reinforcing cycle,” the Redditor continued. “We’d end up with a new concentric ring of park facilities every 70 years so we could preserve the old ones.”

Below is the summary of the official press release published May 11, 2012 by NPS.

Glacier National Park is proposing to remove the Avalanche Ranger Station because it is in disuse and is a hazard to human safety. Removing the building would have an adverse effect on the Avalanche Campground Historic District but would not affect the campground’s eligibility for listing on the National Register of Historic Places.

Impacts to park resources would be minor; the park therefore believes the project could be covered under a categorical exclusion, and an environmental assessment (EA) is not being prepared at this time. The NPS is conducting public scoping to determine if there is any new information or additional concerns that would result in the need for an EA, and so the public can comment on the adverse effect determination under Section 106 of the National Historic Preservation Act as well as proposed mitigation measures.

View of a pdf of the Public Scoping Brochure for a Proposal to Remove the Avalanche Ranger Station here.

So what do you think should be done with the Avalanche Ranger Station? Will this set the precedent for all buildings that potentially face future removal on National Park land?