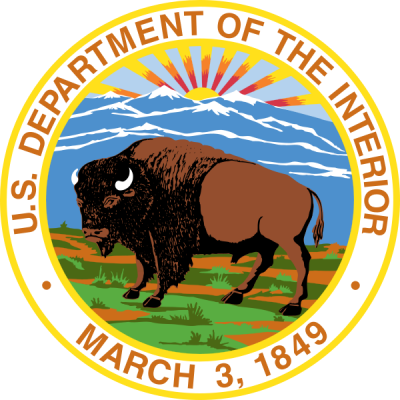 “These river trails, totaling 841 miles in length, are closely associated with John Smith’s exploration of the Chesapeake Bay and its tributaries, including the American Indian towns and cultures of the 17th-century Chesapeake that he encountered,” said Secretary Salazar. “Incorporating these river segments into the national historic trail will increase public access, provide important recreation and tourism opportunities, and enrich exploration of the water routes in the entire Chesapeake watershed.”

Congress authorized the Captain John Smith Chesapeake National Historic Trail in 2006 as “a series of water routes extending approximately 3,000 miles along the Chesapeake Bay and the tributaries of the Chesapeake Bay.” Today Secretary Salazar used his authority under the National Trails System Act to designate the connecting rivers as part of the national trail with the support of the five states.

“Today, thanks to the leadership of President Obama and Secretary Salazar, we are blazing a new trail for America’s great outdoors,” said Governor O’Malley. “By linking our extraordinary landscapes and waterways to our country’s history, the Captain John Smith National Historic Trail will support jobs and local economies across the region while providing unique opportunities for visitors to explore our cultural heritage while enjoying our natural resources.”

Today’s event also drew participation from a number of other public officials and conservation and tribal leaders. Speakers included Jonathan B. Jarvis, Director of the National Park Service; Patrick Noonan, Chairman Emeritus of the Conservation Fund; and Joel Dunn, executive director of The Chesapeake Conservancy.

Based on the study’s findings, the Chesapeake Conservancy worked with local watershed, tribal and water trail groups and state agencies to develop applications to the National Park Service to nominate the four rivers as connecting trail components.

Each of the nominations was supported by the governors of the five states through which the connecting trails pass, and by local groups, including American Indian tribes and descendant communities.

“The Chesapeake Conservancy greatly appreciates the Secretary’s designations today, which are the culmination of years of research and planning by private and public partners in the Chesapeake Bay region,” said executive director Joel Dunn. “The four historic connecting river components of the national historic trail extend the framework for collaborative conservation of our region’s history, wildlife and special places on a large landscape scale.”

“These designations do far more than create water trails and treasured lands that are a part of our history,” The Conservation Fund’s Noonan added. “They create opportunities for our children’s children to enjoy the natural beauty and bounty of the Chesapeake and her rivers and to experience their own Chesapeake journeys. Their gratitude will be thanks enough.”

To read some of the many comments about today’s announcement from tribal leaders, governors and members of Congress who could not be present, click here.

For a map of the water trails, click here.