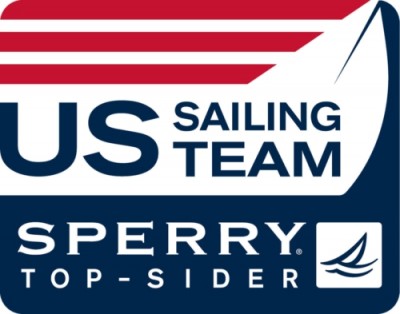 A key part of the title sponsorship of the US Sailing Team — comprised of the top-performing sailors in the 10 Olympic and three Paralympic boat classes – all boats and main sails on the National, Paralympic and Development teams will feature the Team’s new emblem, which incorporates the Sperry Top-Sider logo.  In June, the Team’s new logo will be unveiled at the Sail for Gold Regatta in Weymouth, England.  The Team’s website, social media channels, monthly newsletter The Medalist and Olympic and Paralympic headquarters in Weymouth, England will be re-branded with the new Team logo as well.

Sperry will also continue its role as exclusive footwear sponsor for the Team, who wear-test products and provide Sperry’s product designers with feedback for product enhancements.  Effective January 2013, the sponsorship will also include performance apparel, eyewear, accessories (hats, bags and socks) and luggage so that all athletes sport the brand from head to toe.

“We’ve had a close, successful relationship with Sperry for a long time, but this represents a whole new level of their commitment and our partnership,” said Dean Brenner (Wallingford, Conn.), Chairman of US Sailing’s Olympic Sailing Committee. “The Games begin in three months, and this significant expansion of our relationship comes at exactly the correct time, with an extension through the 2016 Games. We are thrilled to have a partner like Sperry, and our athletes will benefit immensely from all the resources they bring to the table.”

Craig Reingold, President of Sperry Top-Sider, commented “We have been the official footwear of the US Sailing team for two decades.  The title sponsor opportunity came at an ideal time for us, coinciding with our introduction of our innovative footwear technology, GripX3, developed with feedback from the Team. This sponsorship is a natural fit for the brand and shows commitment and support for the sport of sailing.

Reingold continued “With 2012 being an Olympic year, we have an opportunity to support these world-class athletes in a milestone event of their sailing careers — their pursuit of Olympic gold.  This sponsorship further solidifies the leadership role that Sperry is taking in the performance sailing industry.”

In addition to the Olympic and Paralympic US Sailing teams, Sperry’s sponsorship also includes the US Sailing Development Team, a group of approximately 50 promising younger sailors who are the future of the sport of sailing.  Selected annually as the top-performing sailors in each of the classes included in the Olympic Games and the ISAF Youth World Championships, the athletes train alongside the US Sailing Team Sperry Top-Sider at ISAF Sailing World Cup events and class World Championships.