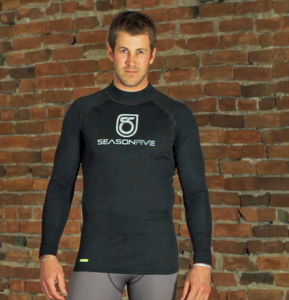 Brad Ludden has kayaked more than 100 first descents on rivers all over the world. At the age of 12 he was traveling and competing internationally. By 18 he had kayaked in more than 20 countries. Through these first descents he found immense challenge, adventure, community and personal growth, and with that inspiration he founded First Descents, a non-profit that offers young adult cancer fighters and survivors (ages 18 to 39) a free outdoor adventure experience designed to empower them to climb, paddle and surf beyond their diagnosis, defy their cancer, reclaim their lives and connect with others doing the same.

Nikki Gregg’s extreme love for outdoor sports led her from her small hometown in Ohio to the mountains of Colorado and Lake Tahoe where she excelled in many sports such as snowboarding, whitewater kayaking, raft guiding, mountain biking, climbing, triathlons, adventure racing, and wakeboarding.  For the last six years, Nikki has called the North Shore of Oahu her home.  Her passion lies in any and all forms of stand up paddling. From fitness, surfing, racing, flatwater, learning open-ocean paddling, and even whitewater, Nikki is one of the most well rounded athletes in the quickly-growing sport of stand up paddling.

Rachel Brathen was born and raised in Sweden. She fell in love with yoga as a young teen. After high school, Rachel traveled to Costa Rica where she found the joy of incorporating yoga into everyday life. She spent several years in Central America exploring the intricate studies of yoga and spirituality. Rachel now lives on the Caribbean island of Aruba where she teaches Yoga Alliance Certified classes in classical Hatha Yoga, mixing Hatha and Vinyasa Flow, integrating alignment, core work, and breathing techniques with basic poses and creative sequencing. Professional

Emily Jackson, from Rock Island, Tennessee, earned a spot on the USA Kayak Team this week with the chance to compete at the 2012 Summer Olympics in London. Emily is the 2009 Women’s World Freestyle Kayak Champion, and the 2011 Silver Medalist. She was ranked as the #1 Women’s US Slalom paddler in 2009, and she has placed in the top three in every freestyle event she has entered since 2006. In 2006 she was named the Outdoor Idol, and she is currently a National Outdoor Ambassador. Emily is passionate about contributing to global solutions, and has raised 30-thousand dollars to fight malaria in Uganda.

“We are extremely excited to have these great athletes as part of the SeasonFive family,” says SeasonFive Founder Mike Fischer. “These champions represent the SeasonFive philosophy perfectly, seeking to push the envelope and challenge convention. We look forward to developing more world class gear with these athletes on our testing and development support team.”