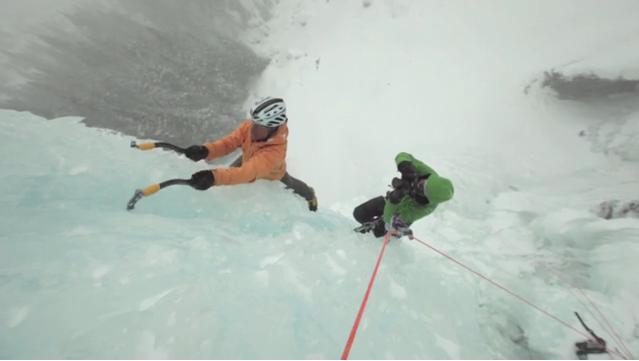 The making of Tyler Stableford new short film Shattered, starring Steve House. Shattered was shot entirely with the groundbreaking Canon EOS-1D X camera and Canon EF lenses. The film premieres Monday April 15th at 1 p.m. at the NAB Show in Las Vegas at the Canon stage, with repeat showings at 11 a.m. on Tuesday and Wednesday.
Film festival screenings include the 5Point Film Festival in Carbondale, Colorado on April 26th, and Telluride MountainFilm over Memorial Day Weekend.