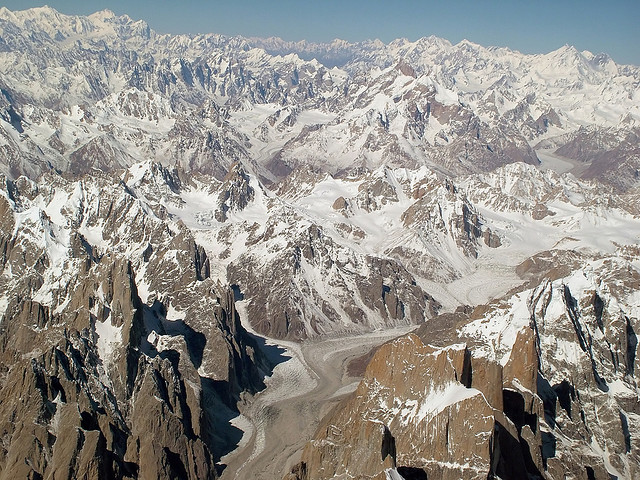 Most of the world’s fifty highest mountains have been ascended by someone at some point in time, all but two. A team of three American climbers decided to trek to the Karakoram mountain range that spans between Pakistan, India and China. The documentary film of their ascent, The Old Breed, documents their achievements amongst the stifling politics of the region and climber’s sickness.

Saser Kangri II East, or SKII, stands at 7,518 m (24,665 ft) and up until 2011, no one had made a successful ascent. Mark Richey, Steve Swenson and Freddie Wilkinson summited on August 24th, 2011. Their claim-to-fame is the precedence of the accomplishment, but also because two of the climbers were 53 and 57 years old at the time, respectively. A festival-length cut of The Old Breed was just recently shown during the American Alpine Club’s Annual Dinner. Check their website for further developments.