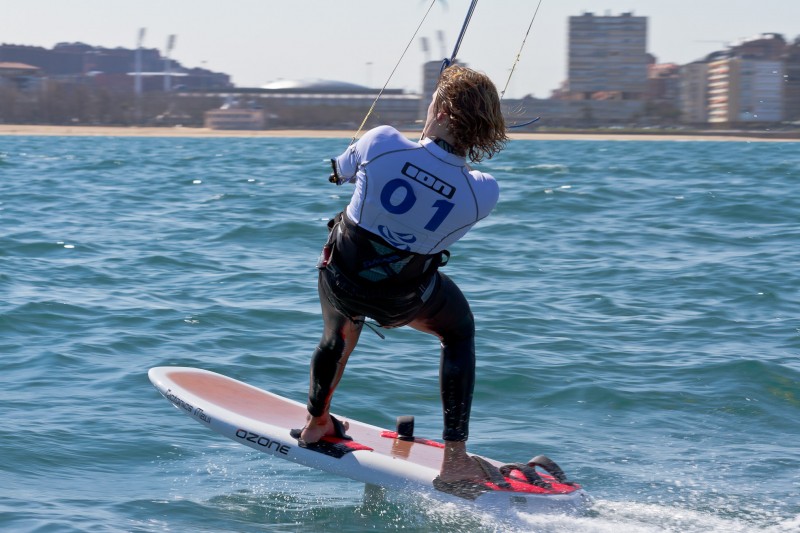 The KTA is pleased to report that the worlds governing body for the sport of sailing, the International Sailing Federation (ISAF) held their 2012 Olympic equipment and format trials last week. A total of nearly 70 sailors attended the event, 18 of them being kiteboarders of the International Kiteboarding Association (IKA) in pursuit of a participation in the 2016 Olympic Sailing Regatta.

In May 2011 ISAF chose eight of the ten events to represent Sailing in Rio de Janeiro, the remaining to slots being either windsurfing or kiteboarding, or a combination of both. Windsurfing has a long and successful track record in the Olympic Games starting back in 1984, but has lately lost a bit of its appeal to the youth of the world. Kiteboarding is now in a position where windsurfing was 25 years ago, the new kids on the block but a breed of its own.

The mission for the kiteboard sailors from 10 countries and 4 continents was to showcase that they are ready – and succeeded. The five day long trials saw a good mixture of all possible wind and water conditions, ranging from 4-5 knots and rolling surf to 18 knots and seas up to 1.5 meter. The performance that the kiteboards showed on all courses was superb – the sailors of the equipment trials for multihulls and skiffs that took place at the same time and venue were surprised to see sailing vessels going upwind in 6 knots of wind at board speeds of 14 knots, and blasting downwind at 25 knots – 4 times the wind speed.

ISAF president Goran Petersson used the opportunity to convince himself on the water on what modern kiteboard racing equipment is able to do. He spent 1.5 hours on the water talking to the kiteboard sailors which gave him explanations on equipment and tactics.

Markus Schwendtner, IKA Executive Secretary, said “We are more than happy with the outcome of this trial event. ISAF got all the information they needed and the evaluation panel (consisting of experts from various specialist ISAF committees) will publish a very positive report to the ISAF council. It is then up to the representatives of the national sailing associations to take a decision for or against kiteboarding. All feedback we received was overwhelming, and it would be a pity if ISAF would miss our spectacular discipline for another 4 years and sticks with what they have.”

The format trials themselves brought some exciting new racing formats that the class will introduce in their upcoming major events: a fleet racing format that not only tests tactical skills but also incorporates a high speed slalom part to test equipment handling skills, and a new medal race series format which is fully run in an elimination system: this is where heroes are made, and for the first time all the drama of other sports is incorporated into a sailing competition format. Sailors from the back can still grab gold on a good day, and the heroes from the qualifying races can drop down to zero. All the drama, all the intensity of emotions will peak in this last elimination for gold, and the final heat will see gold-silver-bronze-and sorry. All of that optimized for live TV broadcasting, with race length of 4-5 minutes and jumping on the finishing reach for the money shot – a format highly comparable to the successful snowboard and ski cross formats of the winter Olympic Games.

The focus of the decision making process is now moving to the ISAF mid-year meeting in Stresa, Italy, beginning of May. Delegates from the more than hundred ISAF member nations will come together then to discuss the future of the sport and the urgently needed modernization as requested by the International Olympic Committee. If a decision will be made already is not clear yet – the last chance to do so would be the annual conference in November.

Kiteboarding is now in its 4th year as an international ISAF class – and gives especially sailors from emerging nations a chance to compete in the Olympic Games as the equipment would be the most affordable of all Olympic Classes. Kiteboarding is exercised on all beaches of the world, from small caribbean islands to kilometer long beaches in south east Asia, where literally whole towns are living from the tourism industry that kiteboarding brought.