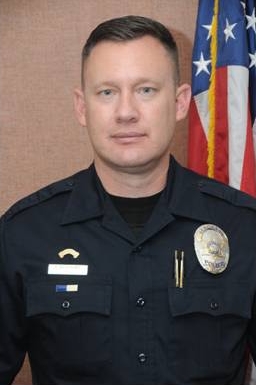 Five people have died as a result of falling down the Angels Landing Trail at Zion National Park to date, according to National Park Service’s FAQ on the park. Another teenage girl could have been a part of that statistic if Police Detective David Bavencoff wasn’t hiking along the same trail to help save her when she slipped.

Two years ago, Bavencoff, from California, and his family were vacationing in Utah and went hiking on the Angels Landing Trail. On the trail that partially weaves along exposed cliffs, Bavencoff witnessed a teenage girl who was slipping off the trail. He ran to her rescue and helped her father pull her back up to the trail by her ankles.

Nobody filed a report that day and so no one knew of his bravery. If his co-worker hadn’t asked how Bavencoff’s vacation went, nobody may have known of the incident. Now, two years down the line (because of processing time), Bavencoff has received the Citizen’s Award for Bravery from the Department of the Interior.

Department of the Interior Secretary Ken Salazar recently presented the prestigious Citizen’s Award for Bravery to a modest California police detective, David Bavencoff, for his actions to save the life of a hiker in Zion National Park who slipped off Angels Landing Trail.

In March 2010, Bavencoff was hiking with his family on the popular Angels Landing Trail. As they neared the end of the trail at the top of Angels Landing, he witnessed a teenage girl who was also hiking with her family, slipping off the trail. He immediately reacted by grabbing the girl by her ankle and stopping her fall, which would have probably been fatal.

Bavencoff and the girl’s father then pulled her back up on the trail to safety. No one reported the incident and park officials knew nothing of the rescue, until Bavencoff’s supervisor heard the tale when he asked the detective about his vacation. The supervisor then called Zion’s Chief Ranger Cindy Purcell, who started the nomination process for the DOI Citizen’s Award for Bravery.

The Citizen’s Award for Bravery is granted to private citizens for heroic acts or unusual bravery in the face of danger. Honorees receive a special certificate and citation signed by the Secretary for risking their lives to save the life of a DOI employee or the life of any person while on property owned by or entrusted to the Interior Department.

All visitors to Zion National Park are reminded to remain vigilant when near exposed cliffs. Any location with vertical exposure can be dangerous and should not be underestimated. Attention to the terrain and focus on footing are essential for a safe experience.