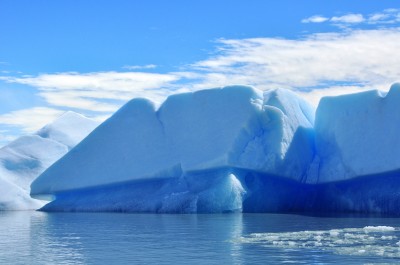 According their website, the mission is literally right out of Star Trek, but Sergey Nizoctsev and his Ukrainian-Russian crew are achieving amazing things right here on earth. the quest of the Sailing Yacht Scorpius is “To boldly go where few men have ever gone before? or- perhaps go a bit further than any of them.

Nizovtev has been an adventurer for most of life and claims among his accomplishments a sky dive onto the North Pole. But, a close brush with death, which was unrelated to his extreme sports activities, transformed is pushing Nizovtev to new heights or rather to lower latitudes.

After his brush with death, Nizovtev bought the Scorpius, and recruited a crew capable of sailing around Antarctica, through the Northwest Passage to the Arctic and then attempting to navigate the Northeast Passage across his home country— Russia.

Today, he broke the first of what he hopes will be several records during his already historic voyage.

The Scorpius set sail on September 25, 2011, from Ukraine’s Sevastopol sea port. It took them almost six months to reach the rarely navigated Ross Sea in the Antarctica. From the Ross Sea the yacht will be headed towards Ukrainian Akademik Vernadskyy Antarctic station. The yacht is expected to reach Vernadskyy station in a week’s time, sailing for some two thousand miles.

Reaching 77 degrees south latitude was the first in the series of records Scorpius’ crew of eight (four Ukrainians and four Russians) had in mind, explained the yacht’s captain Sergey Nizovtsev. Another record to be set is sailing around Antarcticasouth of the 60th degree and around the North Pole at around 65-70 degrees – within one Polar Year. The yacht crew plans to sail for 2.5 continuous years, setting a record in the duration of sailing, covering the total distance of 70 thousand miles. The length of the route would become the fourth record of the crew. They have no plans to return to land before sailing through all the five oceans.

On its way to the South Pole Scorpius suffered through a hurricane, which caused the vessel a lot of damage. The crew had to stop in Tasmania for repairs. They were also lucky to refuel and restock food and drinking water supplies before continuing on their route towards Antarctica. As the drifting ice blocks became more frequent the crew had no other choice but to push them away with long boat hooks. Nizovtsev, nevertheless, expressed hope that in a couple of days there would be less ice on the way, and the yacht would finish its South Pole leg of the route without further trouble.

In 2010 another team of Ukrainian travellers set a different world record while sailing. Following the route of Christopher Columbus’ expedition through the Atlantic Ocean they have not eaten for 40 days and stayed without water for seven days. Goltis, one of the team members, did not drink a single drop of water 14 days in a row.