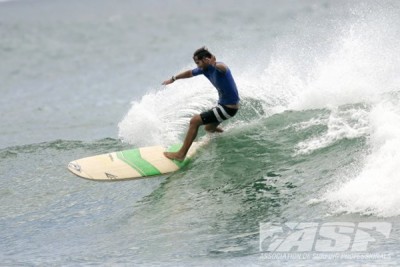 To be held at Kingscliff from the 21st-25th March, the prestigious longboard event will feature both men’s and women’s Association of Surfing Professionals (ASP) Longboard Qualifying Series (LQS) divisions with $20,000 total prize money as well as a noserider specialty event, retro boards, amateur divisions, SUP surfing and racing, and coaching clinics.

In the women’s LQS division, expect to see the winner of the inaugural pro event in China, Chelsea Williams (NSW) together with 2010 ASP Women’s World Longboard Champion Jen Smith (USA) and a host of other internationals from Hawaii, California, Canada and France.

And, the forecast looks promising for competitors with a new round of mid period east groundswell expected to arrive across the Tweed Coast on Wednesday, originating from the same high pressure ridge spanning the north-eastern Tasman.

Event Director Sean McKeown is expecting the event to go to a new level of fun and entertainment in 2012.

“With so many world rated surfers we are looking forward to five days of great surfing across not only the ASP Pro divisions but the speciality divisions like the noserider, retro boards, stand up paddle and old mals as well.”

“On the land we have heaps of activities to keep everyone entertained as well.”