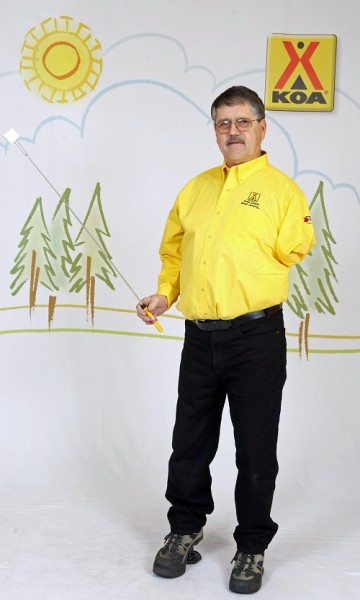 Campers have been roasting marshmallows at Kampgrounds of America (KOA) parks since the company’s beginnings 50 years ago. To commemorate five decades of toasty marshmallows across North America, KOA has partnered with Bob Holzer, inventor of the Rolla Roaster, to create a special yellow 50th anniversary edition.

Holzer lost his left arm to polio at an early age and began inventing tools that can be easily used with only one hand. “If I can make it work with one hand, then it must work really well with two hands,” said Holzer. He invented the Rolla Roaster in 1981 so he could enjoy roasting marshmallows with friends by a fire pit at his house.

KOA has been working with Holzer to bring campers the Rolla Roaster in KOA’s signature yellow color. Campers can now delight in a perfectly roasted marshmallow without having to hassle with old wire hangers or broken sticks.