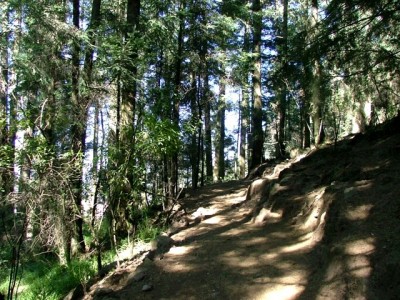 According to multiple reports, Margaret Page, 41, was found emaciated and malnourished after 3 ½ weeks in a New Mexico national forest. Page, who has a history of mental illness, had been using a nearby stream for drinking water. She was more than ten miles from the nearest town.

Page was reported missing on February 14th but the search for did not begin until this week. Page and her cat, Miya, managed to survive on what rescue workers characterized as a “handful of supplies.”

“Her cat was in better shape than she was,” New Mexico State Police Search and Rescue incident commander Marc Levesque told the associated press, “her cat was also hunting. [Page] ran out of food a while back.”

On February 10th Page’s car was spotted near the head of trail she apparently hiked away from. 14 days later a park volunteer noticed the car hadn’t moved and used the license plate to trace the car back to Page. From the rescue team began the search.

Since being rescued, Page has recovered and is staying in a hotel with Miya