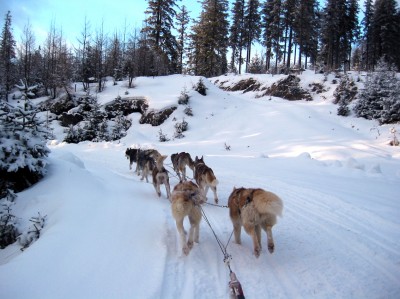 Editor’s Note: As of 8:15AM EST on 3-12, Zirkle had fallen to second place behind Dallas Seavey. Zirkle is still fighting for first and we wish all racers a safe and fast finish! Click here for live standings of the race on the Iditarod’s website.

According to multiple reports, Aliy Zirkle, 41, leads a field of 57 teams (originally 66 at the start of the race) after completing 2/3 of the Iditarod.

The Iditarod is a 938-mile dog-sled race that begins on the first Saturday in March in downtown Anchorage, Alaska and runs across the Alaskan wilderness until racers finish in Nome. The race can take weeks to complete depending on weather conditions.

Zirkle, according to an article published by Foxsports, is known for her beaming smile and the giving her dogs the best of care. If she can manage to stay ahead of the pack she will bring home over $50,000 dollars and new truck. But that won’t be easy. “We have a long way to go,” said Allen Moore, Zirkle’s husband, “She’s has a lot of people on her trail. They are not too far behind.”

Check out Zirkle getting ready to kick off her 2011 Iditarod run.