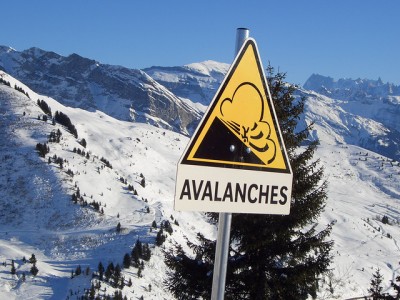 Seventy people were caught in an avalanche riding on the ski lift at the St. Francois-Longchamps ski resort in the Savoie region of France last Sunday. Although they dangled in the air as they waited to be rescued, no one on the ski lift or on the ground was injured according to multiple reports.

In a report by The Telegraph, the Alps Rescue Commander Captain Cyril Anceau said, “there was the risk of another avalanche so we wanted to avoid bringing the people down on the ground to stop them being swept way by another avalanche.”

Crew and skiers at the bottom of the hill could only watch as massive amounts of snow came barreling down the mountain that destroyed the ski lift in its tracks while the people on the lift continued to ride up, hoping for the best.

Click CC in the video to display English captions.