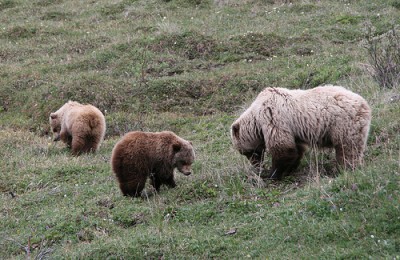 According to multiple reports, despite being warned by Yellowstone National Park officials, John Wallace, 59, went hiking on a trail favored by grizzly bears. The result was the second fatal mauling in Yellowstone last summer.

The bear that mauled Wallace was caught and killed after an investigation showed that it, along with at least one of its cubs, likely ate part of Wallace’s body.

The investigation also revealed that Wallace went for his fated hike alone, without bear repellent, and on a trail with posted bear warnings which instructed hikers to bring bear spray if they chose to ignore the posted warnings.

According to a report released by the Interagency Grizzly Bear Committee it appears that Wallace had stopped on the Mary Mountain Trail. He had taken off his backpack and was snacking on an energy bar when he was attacked.

In a quote first appearing in the Chicago Tribune, a Yellowstone ranger said, “He made a statement… that he did not need to hear [any safety warnings] and that he was a ‘grizzly bear expert.'”

The attack came on the heels of a July 6 mauling that resulted in the death of Brain Matayoshi, 57. That attack was the first fatal bear attack in over 25 years at Yellowstone.

It is thought that the same bear was involved in both attacks.

The video below is from an ABC news report filmed after the first of the two attacks.