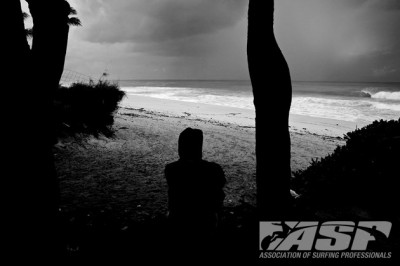 The SeaHawaii Women’s Pro at Pipeline’s waiting period is going to begin March 1st with the shortboarding contest finishing up on the 9th of March and the bodyboarding division coming to a close on the 15th of March. Kicking off the event on February 29th is the opening ceremony hosted by Surfer The Bar at Turtle Bay Resort, the night will consist of autograph signing, opening prayer, and the Talk Story series featuring world class paddler and bodyboarder Kanesa Duncan, followed up with a San Lorenzo Fashion Bikini show.

After looking over the upcoming surf forecast regularly contest director, Betty Depolito anticipates a swell that is rideable for the weekend. She added, “We are taking a good look at this first swell in the waiting period because there are a lot of tradewinds that appear to be on the frontal system as well as swells coming into the Northeast, which are not favorable for Pipeline.

In between practice surf sessions, the women surfers and bodyboarders took some time out of their schedule to visit the office of the Mayor of Honolulu, Peter Carlisle. They wanted to extend their mahalos in person to the Mayor for his ongoing support of women in surfing. It was a very memorable experience for all that were involved in the occasion. Carlisle stated, “On behalf of the people of the City and County of Honolulu, I extend best wishes for a memorable event.” Joe Pickard CEO of SeaHawaii Inc. added, ” I am so excited for the competition to get underway and enthusiastic that the City and County of Honolulu granted a permit that will allow these women to showcase their talent at Pipeline.”

SeaHawaii’s goal is to bring awareness of the sensitivity of the environment and ecological changes to our oceans. “SeaHawaii is proud to be supporting the event at Pipeline,” said SeaHawaii CEO Joe Pickard. Locally owned and operated SeaHawaii was born and raised up on the North Shore in Kahuku. The company is an environmentally based group that absolutely “Loves the Ocean” a trademark. Their dedication to our environment is a great fit for the event something the Pipeline Womens Pro has worked towards since it’s inception.