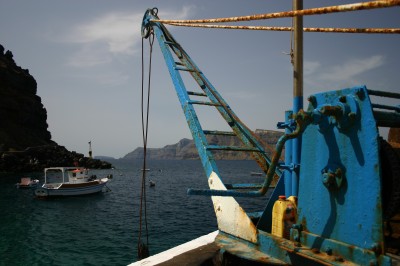 Thirty-nine percent of respondents said they expect sales to increase 0-5% this year, while 38% expect increases of 5%-10%. To prepare for the upcoming selling season, 54% said they are increasing their inventory levels now. At the same time, 22% plan to wait until mid-2012, and 24% plan to wait until 2013 or later.

When asked what they were most optimistic about this year, 28% of respondents said consumer demand. They were also optimistic about relationships with industry players (19%) as well as business inventory levels and product availability (tied at 17%). At the same time, 64% of respondents identified consumer demand as their greatest business concern.

“We’re expecting slow and steady growth in 2012, similar to last year. Shipments are aligned with demand, and dealer inventories are low, healthy and turning,” said Bruce Van Wagoner, president of the CDF’s Marine Group. “Although the industry’s outlook is tempered by the experiences of the past several years, the marine industry is healthy today and dealers have reason to be optimistic.”

Manufacturers and dealers hope that consumers will begin replacing their older boats this year, and “base” or lower-cost models are expected to be popular options. Half of respondents expect aluminum boats to be most in demand this year, followed by recreation boats (28%). Sales of higher-priced products such as yachts and ski boats are not expected to recover fully this year.

“Dealers and manufacturers are hoping that new products will stimulate replacement purchases and satisfy pent-up demand. Of all boats in the marketplace today, only about 5% are less than five years old,” noted Van Wagoner. “In general, manufacturers that are investing in research and development are seeing higher sales. Dealers benefit from these new products because they’re positioned to draw in more consumers.”

In 2011, CDF provided financing that allowed marine dealers to stock and market more than 100,000 boats globally. Inventory financing, also known as floorplan financing, is an important element of a successful manufacturer-dealer business model. CDF has been supporting the marine industry for more than 40 years.