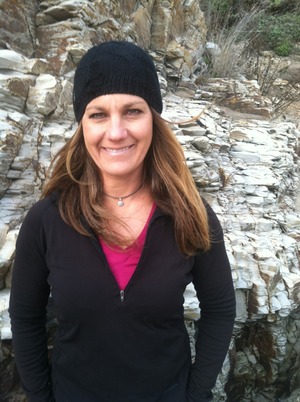 Davenport, CA– Save The Waves Coalition is excited to announce that it has hired a new Executive Director, Ginaia Kelly, to join the Save The Waves team beginning in April, 2012. An attorney by training, Kelly has extensive leadership and development experience in the nonprofit arena, including serving as a director and president for Santa Cruz-based nonprofit Save Our Shores over the past five years. She’s also a passionate surfer and environmentalist, having been a competitive longboarder and a surfer in the Santa Cruz area for over 20 years.

“We feel extremely lucky we were able to find someone as qualified and as good a cultural fit as Ginaia,” said Save The Waves current Executive Director Dean LaTourrette. “She has extensive development experience as well as board-level leadership skills with small nonprofit organizations. Plus she has great passion for Save The Waves’ mission to protect and preserve surfing coastline around the world.

Kelly takes over Save The Waves as the organization’s third Executive Director since it’s founding ten years ago, following Save The Waves founder Will Henry, who remains a board member, and LaTourrette, who was also a founding board member. She will lead the organization’s innovative and fast-growing World Surfing Reserves initiative, as well as it’s flagship Endangered Waves work, which has battled threats globally, including regional campaigns in Chile, Madeira and San Francisco, to name a few. “I’m so excited to apply my various areas of experience to a cause and organization that I feel so passionately about,” said Kelly. “I look forward to helping take the organization, and the tremendous environmental work that it does, to the next level.”

Current Executive Director Dean LaTourrette will remain actively involved with the organization as a volunteer and serve as President of the Board of Directors, working directly with Kelly to assist with the transition.