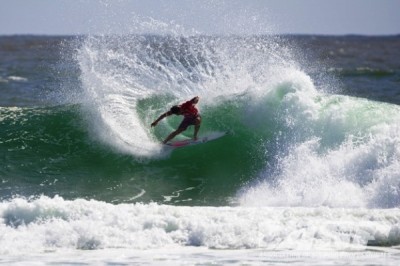 World-class action has been called on for the third, consecutive day this morning as Round 3 of the Quiksilver Pro Gold Coast is scheduled to commence at 7:30am. Conditions are in the two-to-three foot (1 metre) range and the world’s best surfers will continue their season-opening clashes at the primary venue of Snapper Rocks.

Stop No. 1 of 10 on the 2012 ASP World Championship Tour season, the Quiksilver Pro Gold Coast has bore witness to heated exchanges between the world’s best surfers throughout the opening two rounds of competition over the weekend, and today’s Round 3 match-ups promise more of the same.

“We still have swell on offer this morning and the tides are in our favor for a 7:30am start,” Rich Porta, ASP International Head Judge, said. “We’ll be commencing the men’s Round 3 first this morning with the women on standby. At present, we look to complete the opening four heats of Round 3 and will monitor conditions to make a call moving forward from there. Looking at the long-range forecast, we’re not promised anything solid at the moment so we’ll be taking advantage of the conditions we have available today.”

Up first this morning will be Owen Wright (AUS), 22, against compatriot Matt Wilkinson (AUS), 23, in the opening heat of the elimination Round 3.

The Quiksilver Pro Gold Coast will be LIVE via http://quiksilverlive.com/progoldcoast/2012