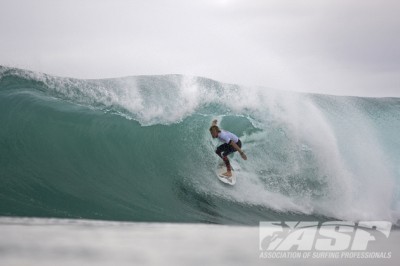 The Mr Price Pro Ballito will host the world’s finest surfers in the wave-rich KwaDukuza town through 2014, thanks to a three-year deal inked with the KwaDukuza municipality and ASP International.

The R1.9 Million ASP Prime event has grown from strength to strength at its Ballito home, entrenching itself into the hearts and minds of both surfers and spectators thanks to the unprecedented surf enjoyed during the event’s window over the past three years.

“ASP Africa is both honoured and proud to be associated with an event like the Mr Price Pro Ballito,” ASP Africa Operations Manager Colin Fitch said. “Based on the fact that we had more than seven days of perfect surf that was never under three meters in 2011, I am convinced that we will see many more of the world’s top surfers fighting for a place in this year’s 96 man field.”

2011 ASP World Tour rookie and Mr Price Pro Ballito runner-up John John Florence secured the first official entry. The standout performer in 2011 is hoping he can return home with the spoils in 2012 after the Hawaiian’s barrel riding affinity resulted in a plethora of perfect scores

“I really enjoyed the waves in Ballito,” Florence said. “They’re a lot like the barrels at Backdoor (the Banzai Pipeline in Hawaii), it’s big and round and maybe a little bit faster and longer but I felt really comfortable in that kind of surf so I’m really looking forward to surfing in Ballito again,” added Florence.

Defending champion Californian Patrick Gudauskas shared similar sentiments after his victory, “This is definitely the best event I’ve ever competed in and maybe the best one I’ve ever watched. It has been flawless for a whole week and we’re all psyched to be surfing in Ballito.”

With a number of refinements to the ASP Prime Tour in 2012, the event could prove critical for surfers hoping to cement their place among the World’s Top 34 surfers in 2013.

Scheduled at the season’s critical halfway mark, the increase in available equal ninth place finishes (from four to eight) as well as ratings points (1034 to 1300 for an equal 17th and 3120 to 3320 for equal fifth), will give surfers more opportunity to climb the ASP One World rankings ladder by competing in this event.

Featuring only the Top 96 surfers in the world, South African competitors must be rated within the top 96 in order to earn their place into this prestigious event.

ASP Tour veteran and multiple national champion Greg Emslie from East London leads the way for the six wildcard entries yet to be announced.