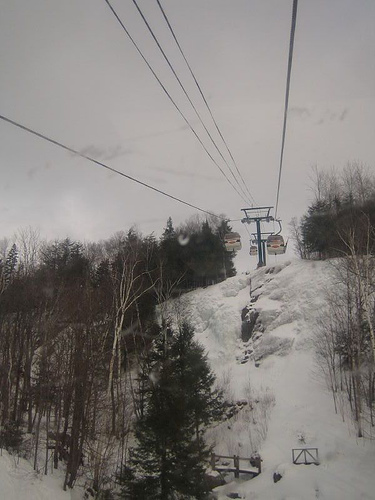 Two days at Mont Tremblant saw skiers and snowboarders from all over the country competing for $20,000 cash, gear, TTR/AFP and series points and the bragging rights to the podium at the first ever stop of The Canadian Shield Ski and Snowboard Slopestyle Tour.

Day one kicked off with the snowboard competition, under sunny skies and on a course laden with freshly fallen snow.  Conditions were slow and challenging for riders and those who where able to adapt were generously rewarded for their efforts.

Chris Collard captured the men’s pro open division win, earning himself $5000. He was also awarded the Snowboard Canada Magazine Standout Trick award for a huge Backside 9 he executed in his winning run.  He shared the top spot on the podium with Samm Denena, who dominated the women’s pro division all day.  Samm earned herself $2000 for her win and also took home the sbcwomen.com Standout Trick award for a textbook Backside 360.

The amateur open men and women’s categories saw consistently strong performances from both winners throughout the competition.  Qualifying in first and ultimately winning their categories were Taylor Watling and Chloe Vo.

The next stop of the Canadian Shield Ski and Snowboard Slopestyle Tour lands at Mt. Seymour, BC February 17-19.  For event details and registration visit www.thecanadianshield.ca.