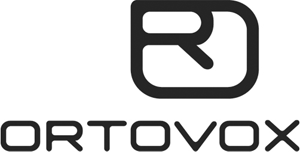 ABS stands for Avalanche Balloon System. The ABS is designed to save the life of a skier or snowboarder caught in an avalanche. Ortovox is a leading manufacturer of avalanche safety equipment that will soon feature the system in their backpacks thanks to a new licensing partnership with the ABS-Inside System.

The German-engineered system boasts a 97 percent survival rate for those who have used ABS in an avalanche. It is contained in a backpack and deploys with a tug on the activation handle, much like a parachute.

Watch the demonstration and educational video about the product coming soon to Ortovox’s survival backpacks and watch a video of the backpack in action during an avalanche by clicking here.

Orotovox Sportartikel GmbH, manufacturers of the world’s best snow safety products, is proud announce they have entered a licensing partnership for the use of the ABS-Inside System for backpacks.

Beginning in 2013, Ortovox will be adding their own avalanche backpacks to their arsenal of avalanche emergency equipment. As the most recognized name in avalanche safety since 1980, Ortovox has been constantly evolving its product line and snow safety system to include avalanche transceivers, shovels, probes, backpacks and now backpacks with avalanche-specific safety technology.

Ortovox backpacks have been an industry leader in the winter sports scene for 27 years and are characterized by their optimum quality, functional design and focus on safety.

The new licensing agreement enables Munich-based Ortovox to integrate the ABS system into their own backpacks, further developing safety concepts with an eye on comfort and fit.

In the event of an avalanche, the ABS System helps improve active avalanche safety through the activation of the deployment handle installed on the backpack carrier system. A pressurized cartridge is pierced and gas escapes, inflating two integrated airbags in a matter of seconds. Although the airbags cannot prevent victims from being swept along by the avalanche, they help keep them on top of the snow and preventing death by suffocation, the main cause of death in avalanche accidents.

“For more than a quarter century of backpack construction, many innovations can be traced back to us,” said Christian Schneidermeier, President of Ortovox. “Standards like a safety compartment that allows fast access to emergency equipment or access to the main compartment via the back system were established by Ortovox. Today, our backpacks stand for the highest level of quality, innovative details, functionality and unique design, based on a wealth of experience.