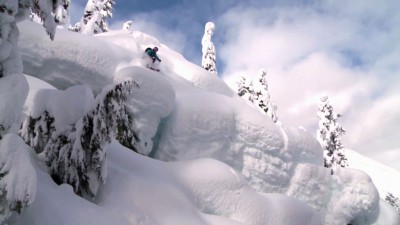 Yakima, the innovation leader in vehicle racks and cargo solutions, and outdoor gear company Outdoor Research (OR) are showcasing seven epic outdoor adventures through an original short film series, “The Classics.” The series debuted this week on Yakima’s YouTube channel (www.youtube.com/user/YakimaProducts/featured) and the OR microsite, www.whatsthedealwithdinosaur.com.

With breathtaking photography, the seven original shorts takes its viewers to iconic destinations across North America and shows off the incredible adventures to be had there, from sidecountry skiing through legendary powder on Washington’s Mount Baker, to exploring the serene Georgia coast by sea kayak, to highly technical mountain biking in British Columbia’s famed North Shore.

“There are so many epic outdoor adventures to be had across North America, and this film series has beautifully captured seven particularly amazing ones,” said Ashley Williams, Yakima Marketing Manager. “For both experienced adventurers and those just getting their first taste of all the possibilities, these films are incredibly inspirational.”

Yakima wants people to do more than admire the cool footage, however: it wants them to get out there and have their own epic adventures. To help them do so, there are weekly chances to win Yakima racks through online contests.

From February 13 through March 26, one film will be highlighted each week and viewers can enter to win gear through the Yakima Facebook page (www.facebook.com/yakimaproducts) and OR microsite. Yakima prizes include cargo boxes and racks for bikes, kayaks and skis.