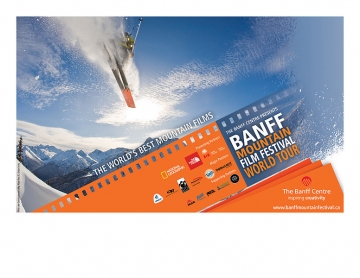 Hot on the heels of the largest, and one of the most prestigious mountain festivals in the world, the Banff Mountain Film Festival World Tour has hit the road, with stops planned in 390 locations worldwide. This year’s tour features a collection of the most inspiring and thought-provoking action, environmental, and adventure mountain films. Traveling from remote landscapes and cultures to up close and personal with adrenaline-packed action sports, the 2011/2012 World Tour is an exhilarating and provocative exploration of the mountain world. For 36 years, the Banff Mountain Film Festival has celebrated the spirit of adventure and the mountain environment.The Banff Mountain Film Festival World Tour is produced by Mountain Culture at The Banff Centre, and features award-winning films and audience favorites from approximately 300 films entered in the annual festival in Banff, Canada.

Tickets: $15, available at REI Boulder, Denver, Englewood and Lakewood locations; the Paramount Theatre; at the Colorado Mountain Club, and online at www.cmc.org/Banff. A unique selection of films will be shown each of the two evenings. Ticket price includes parking. Proceeds benefit the Colorado Mountain Club. Tickets purchased at the Paramount Theatre will incur additional service charges.

The festival now attracts audiences of 10,000 with approximately 300 films submitted from over 30 countries. During the third week in February, visit www.rei.com/stores for the local play list and other information. Doors open at 6:00 PM.

To view the event trailer, visit this link.