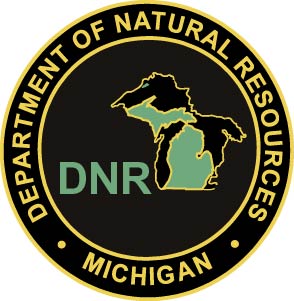 For a lot of folks, visiting state parks is a fair-weather proposition.Michigan’s state parks are busiest in the summer, when camping, fishing, boating and other warm-weather activities are at their peak.

State parks have plenty to offer in the winter, too – snowshoeing, cross-country skiing and ice fishing immediately come to mind – and many state locations provide a variety of winter programs to occupy visitors. One venue shines especially brightly during the winter: Muskegon State Park, which boasts a winter sports complex guaranteed to satisfy your outdoor recreation desires.

Not that Muskegon State Park, which was established in 1923, suffers in the summer. The 1,233-acre park boasts two miles of Lake Michigan shoreline and another mile of Muskegon Lake frontage with more than 240 campsites spread over three different areas.

“There’s a boat launch in Snug Harbor, which is the closest public boat launch that goes out to Lake Michigan and is heavily used by the fishermen,” said park supervisor Kevin Klco (pronounced “Kelso”). “And we have Lost Lake– which is half marsh, half bog – a coastal marsh ecosystem that you usually find only along the Atlantic Coast. It has many rare plants, including three species of carnivorous plants, and is popular with hikers.”

Despite all that, it’s the winter activities at Muskegon Lake State Park that tend to garner headlines.

“The winter sports complex is becoming better and better known,” said Klco. “It gets busier every year. It is now the centerpiece forMuskegon’s convention and tourism bureau’s winter push.”

Jim Rudicil, executive director of the non-profit Muskegon Sports Council, runs the complex at the park under contract from the Department of Natural Resources.

“We do everything in conjunction with the DNR,” Rudicil said.

The winter sports complex, which includes a winter lodge with full concessions, offers 12 kilometers of groomed cross-country ski trails (five of which are lighted, making it the longest lighted such trail in America). There are also two acres of ice-skating surface.

“We have one of the original six Zambonis that were manufactured for the original six NHL teams – it was from the New York Rangers,” Rudicil said. “We use that to level the rink and water it every night.”

Rudicil also mentioned the 1.4-mile ice skating trail through the woods. “It’s about 10 feet wide and winds through the trees. It’s the only one of its kind that we know of.”

The complex boasts more than eight kilometers of snowshoe trails along the shoreline and through the woods, and a small kiddie sledding hill right out front of the lodge, which also overlooks the skating rink. Rental snowshoes, skates and cross-country ski gear are available.

That’s enough to attract just about any outdoor lover, but the big draw at Muskegon State Park’s winter sports complex is the luge run. The winter luge run is open December through March, weather permitting.

Built in 1984, the luge run was redesigned in 1990 by three-time Olympian Frank Masley.

“Our claim to fame is that it was designed by an Olympian but opened to mere mortals,” Rudicil said. “It’s an 850-foot-long ice run, built into the side of dune that drops about 70 feet and has eight curves. The public starts at about 700 feet and reaches speeds of up to 30 miles per hour.”

“It’s the most publicly accessible luge track in North America,” Rudicil noted, adding that folks who use the luge run – sliders, as they’re called – must be at least 8 years old, because the sled weighs about 25 pounds and the sliders have to be able to carry it back up the hill. More advanced lugers (members of the Luge Club) can start their slide from the 850-foot top.

The complex features a “Learn to Luge” program with reservations available through the Internet. During weekdays the luge run is open for school field trips.

“We can teach you the sport in about five to 10 minutes, but we schedule sessions for two and half hours,” Rudicil said. “The sessions do sell out quite often both Saturdays and Sundays, but there are still some spots available this season.”

“Weeknights we’re available for groups on Monday and Wednesday,” Rudicil said. “Tuesdays and Thursday are league nights. We develop youths to move on to Lake Placid or Salt Lake City. We’ve produced one Olympian – five-time Olympian Mark Grimmette – who carried the flag into the stadium representing theU.S.Olympic team at the last Winter Games.”

The winter sports complex is definitely a draw for the region. Rudicil said that 98 percent of the luge visitors travel from more than two hours away (Detroit, Chicago and Indianapolis, for example). One of the most popular audiences is Boy Scout troops, for whom Rudicil said the luge has “really become a rite of passage.”

Although the prospect of sliding down an ice run at 30 m.p.h. may seem frightening to some, more injuries have occurred on the ice rink and ski trails than on the luge.

For those who want a bit of instruction before hitting the track, the fee for attending a luge session is $40.

“The DNR approves our rate schedules and advertising,” Rudicil said. “We collect fees, but all the fees collected are spent back on the facilities.”

For those who are not winter sports-oriented, the complex has built a summer track in partnership with the DNR and the W.K. Kellogg Foundation’s Access to Recreation initiative. The sleds are adapted with wheels and the 340-foot Fiberglas track allows speeds of up to 22 miles an hour.

Besides the luge, there are a number of scheduled activities at the winter sports complex. Part of the skating rink is available for hockey (hockey equipment is available for rent), culminating with an annual pond hockey tournament. There’s an introductory winter triathlon on Super Bowl Sunday. And this year, the complex offers a series of Dine and Glide events – progressive gourmet trail dinners – the last one of the year is slated for Feb. 17.

No matter their recreation interests, 25,000 to 30,000 visitors – and even more spectators – flock to the winter sports complex at Muskegon State Park each winter, Rudicil said

For more information on the full calendar of activities, programs and classes offered at Muskegon State Park, visit www.msports.org or www.michigan.gov/muskegon.