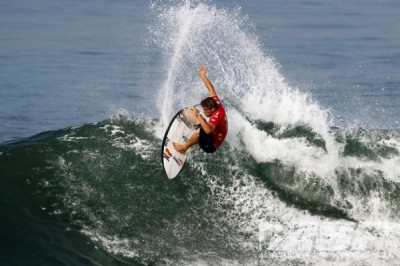 The ASP Board of Directors has voted to ratify several refinements to the ASP World Tour and ASP World Rankings for the 2012 season. These changes will expand upon the December 2011 decision to suspend the midyear rotation for 2012, due to schedule constraints, and continue to provide a clear pathway towards ASP Top 34 Qualification.

“Our commitment is to make the most exciting, successful and relevant tour and we feel that these changes showcase the world’s best talent and continue to provide opportunities for young talent on the rise,” Pat O’Connell, Hurley VP of Sports Marketing and ASP Board Member, said.

Both the ASP World Title Rankings and ASP World Rankings have been reset for 2012 with all surfers starting with zero results. With the deactivation of the midyear rotation, a 52-week rolling ranking was no longer practical and each surfer will build their respective ranking from January to December.

“These changes are a step in the right direction considering the removal of the midyear rotation for 2012, and are in keeping with the World Tour’s evolution over the past few years,” Kieren Perrow, ASP Top 34 competitor and surfers’ representative, said. “They will provide a clearer and more achievable path for the surfers trying to qualify into the Top 34, and continue our goal of improving the sport for the world’s best surfers. It will be exciting to see how this year unfolds, as the level of talent has never been higher.”

“The qualification process for the 2013 ASP World Title Series will be similar to how it operated during the 2010 transitional season,” Renato Hickel, ASP World Tour Manager, said. “In addition to the above alterations, we have also made several changes to the ASP Prime format and points’ allocation as well as a caveat for the World Rankings of ASP Top 34 surfers. We believe these changes will further close the points’ gap between those on tour and those attempting to qualify for the tour making for a much more dynamic process.”

ASP Top 34 surfers will only be allowed to count their best 3 results in ASP World Title events on their respective ASP World Rankings.

In the new ASP Prime format, there has been an increase in Equal 9th from four per event to eight per event at 2,400 pts. This increase in opportunity will allow for more surfers to record consequential results at ASP Prime events.

The points for Equal 17th place at ASP Prime events have been increased from 1,034 to 1,300 – and for Equal 5th from 3,120 to 3,320. In the specific case of 5th place finishers, it will increase its value since there are double the amount of chances to get a 9th with the new ASP Prime Format. This will further assist in closing the current points’ gap.

The first stop of the 2012 ASP World Title Series will be the Quiksilver and Roxy Pro Gold Coast from February 25 to March 7, 2012.