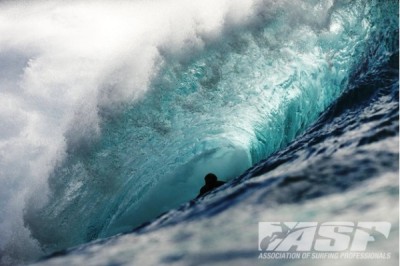 Solid winter surf is shaping up for the start of the holding period of the Volcom Pipe Pro next Monday, January 23, at Banzai Pipeline, Hawaii. A $130,000 5-star Association of Surfing Professionals (ASP) event that will feature 112 surfers from around the globe, the Volcom Pipe Pro will be held on the three biggest and best days of surf between Jan. 23 and Feb. 4.

One month after the 2011 ASP World Tour wrapped up at the Pipe Masters, the Volcom Pipe Pro now signals the start of the new 2012 season for those with a goal of qualifying for surfing’s elite professional ranks.

Not only will the Volcom Pipe Pro crown a 2012 champion, but it will also be a qualifier for December’s Pipe Masters (final event of the year-ending Vans Triple Crown of Surfing and ASP World Tour). Eight wildcards will be up for grabs for local Hawaii surfers.

The Volcom Pipe Pro will be webcast LIVE at VolcomPipePro.com