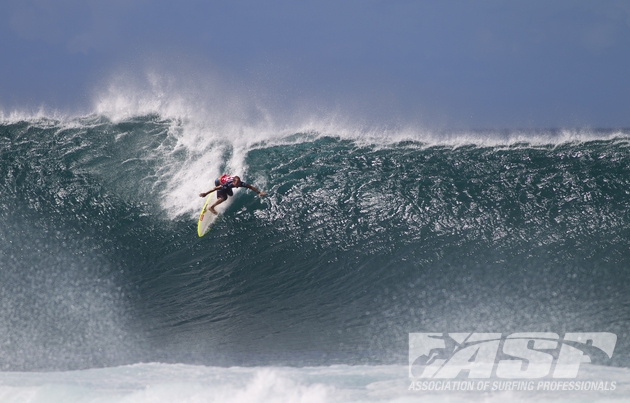 CJ Hobgood (USA), 32, has been a staple among surfing’s elite names for over a decade. The 2001 ASP World Champion has constantly proven his abilities in all conditions from small beachbreaks to heaving barrels, but 2011 proved to be a year of peaks and valleys for the Floridian gentleman. Hobgood failed to requalify for the September midyear rotation, finding himself off of the elite ASP World Tour for the first time since 1999. After turning down the spot as first alternate for the Hurley Pro at Trestles, Hobgood took some time to regroup and rediscover his passion for surfing, eventually going on a rampage to rejoin the elite ranks for 2012. ESPN.com had the opportunity to talk to the talented tour twin about his season last year, success with his major sponsor, a non-profit organization named ‘To Write Lover on Her Arms’ and looking forward to 2012. This… is their story…

The action sports world is full of passionate athletes who occasionally act irrationally, immaturely, or irresponsibly. There are alter egos and inner demons, disorders and destruction. And they are sometimes accepted because they share a body with superhuman talent and courage.

But among the pinnacle of our sports there exists a few individuals who maintain composure and professionalism even when it is challenged. Let’s face it, Kelly Slater is not only a freak on a surfboard, but he has an awareness of the world around him like the president (and a much better approval rating.)

CJ Hobgood proved himself in a crazy year.
The brothers Hobgood have always been able to articulate themselves as welll. And for CJ Hobgood, coming off a year like he just did, it’s something that is seldom credited. The man has done twelve years on the ASP World Tour with barely an indiscretion. This year, he was rotated off the tour in September and then made his way back on in three events. He’s offered thoughtful critiques that make the sport better. And this devout Christian also has some giant prayer beads, obvious by the way he charged to the quarterfinals at giant Pipe in December.

But Hobgood has been making some tough decisions lately. After feeling unsure of his direction in life, he has found a new love for competing, being a surf fan, and impacting the lives of others. We recently had a chance to chat with Clifton James Hobgood about some very heavy decisions.

ESPN Surfing: Seemed like you high-tailed it out of Hawaii pretty quick. You blew everyone’s mind making the quarterfinals and then you were gone. Was there a fire back in Florida you had to put out?
CJ Hobgood: I bumped my head again good in that heat with (Joel) Parko, so I had to stay out of the water for a couple weeks.
Let’s talk about the Pipe Masters for a minute. If there was any doubt about your ability to hang with the rest of the world, it was squashed. Talk to me about that dramatic end to one of the most dramatic ASP seasons we can remember.
As far as the talent this year, the competition level in every heat was above and beyond. Between Tahiti and then Portugal and the new blood coming in, you wanted to watch every heat. I wasn’t trying to squash any doubters at Pipe, just enjoying being in heats where I wasn’t chasing points or trying to requalify. I was really there just trying to fall back in love with surfing and being able to hang with friends on the tour that I hadn’t seen in a few. I think it was really healthy for me watching the comps online and becoming a fan of surfing.

You spend 2011 surfing with a To Write Love On Her Arms (non-profit organization offering help for young people struggling with depression, addiction, self-injury and suicide) sticker on your nose. Of course, surfing the Tour without a major sponsor is amazing, but you had the opportunity to promote something bigger than clothing. Exactly! I felt like I had been given the opportunity last year to give back after all the things that had been given to me. With TWLOHA, it’s about people and the idea that people matter and we all have our questions and our struggles. People need other people. We all need help from time to time.