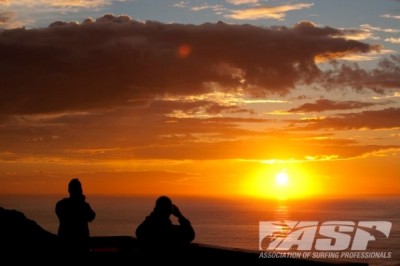 ASP International has initiated a new Anti-Doping Policy for the world’s best surfers which will be activated for 2012 ASP World Title season.

“This policy represents a consensus between our surfers, events and administrators in evolving the sport of surfing to a more professional level,” Richard Grellman, ASP Executive Chairman, said. “The desire to initiate this kind of policy has existed within ASP for several years now and with the approval of resource and budget allocation at the November 2011 Board Meeting, we are pleased to announce its activation. We believe this to be an important further step in enhancing professional surfing.”

The new ASP Anti-Doping Policy will apply to ASP Top 34 and ASP Top 17 members competing on the ASP World Title Series and ASP Women’s World Title Series respectively. ASP surfers played a crucial role in the initiation of this policy and are in full support of its activation.

“The men strongly support the implementation of the ASP Anti-Doping policy,” Kieren Perrow, ASP Top 34 competitor and surfers’ representative, said. “It is a positive step which enhances the professionalism of competitive surfing and sends a great message to the kids out there who look up to us as role models.”

“As the sport of surfing continues to grow its audience every year, so grow the responsibilities of our athletes,” Jessi Miley-Dyer, surfers’ representative and newly-appointed ASP Women’s World Tour Manager, said. “The activation of the ASP’s Anti-Doping Policy is a logical step in the organization’s continued pursuit of professionalism and has the full support of the women.”

The new ASP Anti-Doping Policy can be viewed in full at aspworldtour.com/pdf/aspantidopingpolicy.pdf

The first stop of the 2012 ASP World Title Series will be the Quiksilver and Roxy Pro Gold Coast from February 25 to March 7, 2012.