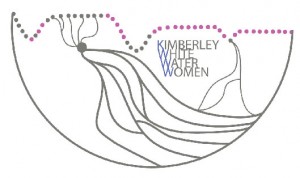 Eight women, led by Kokatat athlete and former Australian Adventurer of the Year Tanya Faux, are set to embark on a 30-day unsupported river expedition through an uncharted section of the Kimberley region in North Western Australia.  The Kimberley Whitewater Women Rafting Expedition aims to raise awareness for the Save the Kimberley campaign (http://www.savethekimberley.com) whose goal is to protect the cultural, historical, and environmental significance of the region.

“Tanya is a fantastic ambassador for our sport and the environment, and we’re proud to support her and her team on this historic and important expedition,” said Lisa Kincaid, Kokatat Promotional Marketing Manager.
The expedition was inspired by Faux’s previous kayak expeditions in the region and the dispute over a proposed gas hub in the area.  While the controversial industrialization in the Kimberley region has been narrowly resisted thus far, the Save the Kimberley campaign is petitioning to gain World Heritage Status for over 20 hectares of what has been deemed “one of the last true wilderness areas on Earth”.
The self-titled Kimberley Whitewater Women, depart from Melbourne to Broome on January 14th and will proceed into the Kimberley via helicopter to begin the first rafting leg of the journey down the Isdell River.  Over the course of the expedition, the team will encounter class 5 rapids on the Isdell and Charnley rivers and will complete a 150km off-track hike in between.  The team’s daily progress will be posted on their website www.kimberleywhitewaterwomen.com.
The eight women on the team are all current or past employees of the Outdoor Education Group in Eildon, Victoria, (http://www.oeg.net.au) and as outdoor educators, enthusiasts, and adventure seekers, all support and advocate for the protection of wilderness regions.
Kokatat has provided each member of the team with Ronin Pro PFDs and a selection of its Destinationtechnical apparel.  The Destination apparel which features UV protection in paddling specific designs will help protect them from the sun throughout the journey as they endure extreme tropical temperatures in a territory teeming with saltwater crocodiles in the midst of the mating season.
To date, the team has raised over $2000 for both Save the Kimberley and the Wananami Remote Community School at Mount Barnett Station. Donations can be made online at www.kimberleywhitewaterwomen.com.