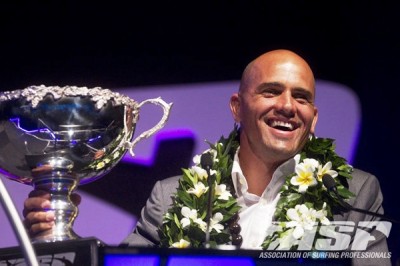 The ASP World Surfing Awards will draw the world’s best surfers to Australia’s Gold Coast once again this February, but this season’s gala event will be provided in an exciting new format this year with both surfers and fans participating in the awarding of athletes. New awards have been added, the production has been enhanced, tickets will be available to the general public and the event will be webcast LIVE via YouTube.

Surfing’s “night of nights”, the 2012 ASP World Surfing Awards will be held at the Gold Coast Convention and Exhibition Centre on Thursday, February 23, and will officially recognize last season’s top performers.

The world’s best surfers will take the night to trade out their boardshorts and bikinis for suits and dresses, and this year’s ASP World Surfing Awards will feature an array of new accolades voted on by the surfers themselves.

For the first time in the event’s storied history, the 2012 ASP World Surfing Awards will allow fans to participate in the selection process of four new publicly-voted awards.

Voted by the Fans: