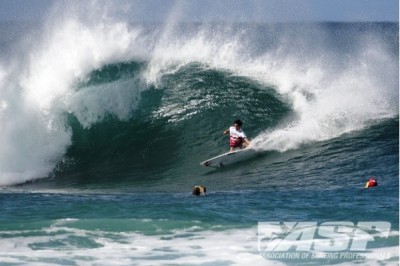 The ASP Board of Directors has voted to deactivate the midyear rotation in 2012, citing scheduling uncertainties as the primary reason.

“This has been an extremely challenging decision for us to make,” Dave Prodan, ASP International spokesman, said. “We believe that the 2011 rotation brought in some incredible talent that proved they deserved to be amongst the world’s best with their performances throughout the back half of the year. However, the instability of the ASP schedule (especially in 2012) makes the concept very difficult to manage. Where would we schedule the rotation? How do we ensure there are fair and balanced opportunities in every rotation for surfers to qualify? As we have been since our inception, we are a sport governed by the surfers for the surfers and it is in this spirit that we have voted to deactivate the midyear rotation in 2012. We believe this decision is best for the upcoming season and we will continue to discuss the future of the rotation within the sport.”

The motion to discontinue the midyear rotation was initially tabled and supported by the surfer stakeholder group, headed by representative and 2012 Billabong Pipe Master Kieren Perrow (AUS), 34.

“The midyear rotation worked out better than we could have imagined this season, but looking ahead, the surfers feel that it will not have the long-term effects desired for the sport,” Perrow said. “This is felt by the majority of the surfers from the very top of the ASP Top 34 to the qualifiers in the Prime and Star events. What we have created is a system in which the very best surfers in the world are currently within the ASP Top 34, but the process of getting there is becoming disorganized. We don’t want that and the decision to not have the midyear rotation in 2012 is the best thing for the sport.”