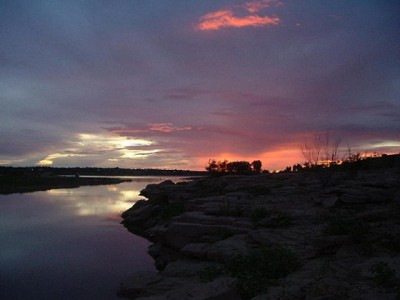 Fort Sumner, NM – Weekly tests at Sumner Lake have indicated the lake is free of quagga mussel larvae, an aquatic invasive species that can cause enormous problems for fisheries, boaters and others who use the lake water, the Department of Game and Fish and the State Parks Division announced Friday.

“We are very pleased that anglers and boaters can now enjoy the resources at Sumner Lake without worrying about contamination by aquatic invasive species,” Department Director Jim Lane said. “We’re also pleased that the improving lake level will allow families to continue to enjoy the great fishing Sumner Lake has to offer.”

Tests in May had indicated the possible presence of quagga mussels in the lake, which led to a temporary boating closure and subsequent requirements that all boats be decontaminated upon leaving the water. Further weekly tests since Memorial Day, however, showed no evidence of the mussels.

“This is great news for park visitors who enjoy boating, fishing and other recreation at Sumner Lake State Park,” Parks Director Tommy Mutz said. “There is plenty of water and the fishing should be good through next spring.”

Game Department Fisheries Chief Mike Sloane said tests for aquatic invasive species will continue in the spring. “We have to be constantly vigilant,” he said. “The invasive mussels have been found in waters of every state surrounding New Mexico.”

Invasive quagga and zebra mussels are spread by boats, vehicles or fishing gear that are used in a contaminated water and transported to another water. They have not been found in New Mexico, but state officials have launched an aggressive campaign to educate boaters, anglers and others to Clean, Drain and Dry their equipment every time they use it. Boaters may encounter inspection stations for aquatic invasive species at waters statewide. Boats found to be contaminated will be required to be decontaminated before they enter any state water.

Quagga and zebra mussels attach to any hard surface and can live out of water for weeks. Once established, they are impossible to remove and they can quickly clog pipes, pumps and water-cooling intake valves on engines. Other states have spent tens of millions of dollars in attempts to control the mussels.