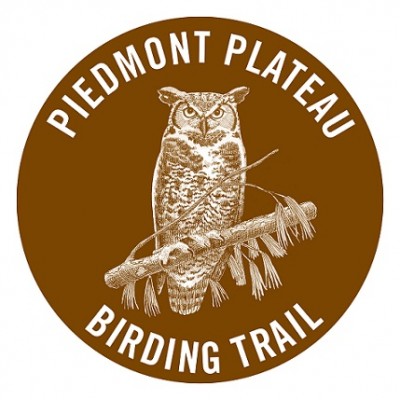 The nine counties that make up the trail are Autauga, Chambers, Chilton, Clay, Coosa, Elmore, Lee, Randolph and Tallapoosa. Three years in development, the Piedmont Plateau trail features 34 approved sites covering an area of 3.5 million acres. When completed, the trail website, www.piedmontplateaubirdingtrail.com, will offer detailed information about birds and habitats found along the trail. The counties offer wildlife experiences such as Cheaha State Park (Alabama’s highest point), Lake Martin, Fort Toulouse National Historic Park, and many others worthy of a visit.

The Piedmont Plateau Birding Trail will be marked with directional signs and interpretative signage is planned for most sites. Interpretive signs will feature an overall trail map and information on the types of birds most commonly spotted at that site. “Gateway” sites in several counties will feature trail maps and information pertinent to that county.  In addition to birding sites, the trail map and other marketing material will feature “sidebar sites” – additional local attractions for visitors to explore while in the area.

Alabama has one of the most diverse habitats in the Southeast with a tremendous range of birds that can been seen. Mark Sasser, a wildlife biologist with the Alabama Department of Conservation and Natural Resources, serves in an advisory capacity to birding trail organizers. “The Piedmont region of the state consists of low hills, ridges, and sandy valleys, all of which can be prime birding habitat,” he said. “Numerous birds may be seen including Eastern meadowlarks, vireos, red-winged blackbirds, thrushes and wood warblers, just to name a few. Around large bodies of water a birder might see herons, kingfishers, ospreys and bald eagles.”

Scheduled to attend the Nov. 17 launch are national and state legislators and other state representatives, as well as local officials and civic leaders from the nine counties. Invited speakers include Jim Byard, Director of the Alabama Department of Economic and Community Affairs, and representatives from the Alabama Tourism Department and the Alabama Department of Conservation and Natural Resources. Also on hand will be the trail mascot, a great horned owl, who lives at the Southeastern Raptor Center at Auburn University.

As a form of tourism, birding has seen significant growth both nationally and in Alabama over the past several years. This birding trail is not only a valuable means of attracting more visitors to Alabama, it’s also a great educational resource for students and an opportunity for inexpensive family outings. Schools can use the trail sites for field trips and families can visit on weekends.