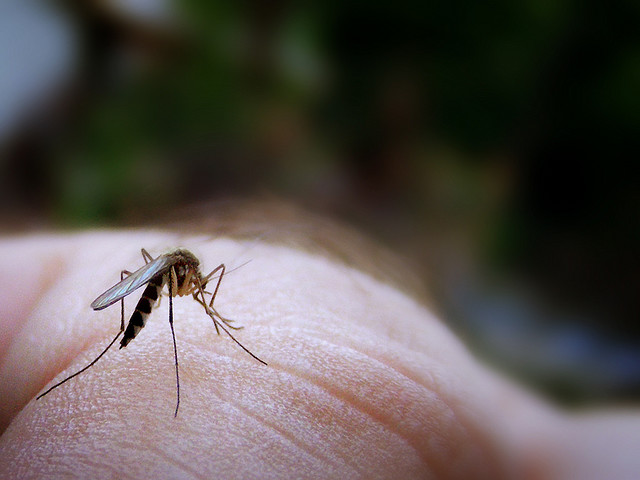 The Department of Environmental Protection and Department of Health and Senior Services are urging State residents to take precautions to protect themselves from mosquito-borne West Nile virus by taking some simple steps to reduce populations of the insect on their own properties.

Late summer and early fall are typically the most critical times of the year to be aware of the potential for the dangers of contracting West Nile virus from mosquito bites. Mosquito activity can continue until late October. Mosquitoes also can become more active throughout the entire day at this time of year.

Concerns are elevated this year because many areas of the State are still wet as a result of excessive rainfall over the late summer resulting largely from Hurricane Irene and Tropical Storm Lee. Wet areas serve as breeding grounds for mosquitoes.

In response, the State has stepped up its air surveillance of potential mosquito breeding grounds and aircraft pesticide applications to proactively reduce the threat of impacts to people. The state also has been working closely with county mosquito control programs to help them identify and respond to mosquito outbreaks in a timely manner.

“Given the record rainfall and large amounts of standing water, it is extremely important that residents follow personal protective measures, including using insect repellent when outdoors, limiting time outdoors when mosquitoes are most active, and wearing protective clothing during these hours,” said DHSS Acting Commissioner Dr. Tina Tan.

Last year, there were 30 human case of West Nile virus in New Jersey, including two deaths.

“Fortunately confirmed cases of West Nile Virus in New Jersey remain low this year,” said Bob Kent, Administrator of the DEP’s Office of Mosquito Control Coordination. “Still, it is prudent to take steps around your own home to keep mosquito populations – and health risks – in check.”

The DEP offers the following tips on how to limit mosquitoes on your property:

Visit the State Department of Health and Senior Services: