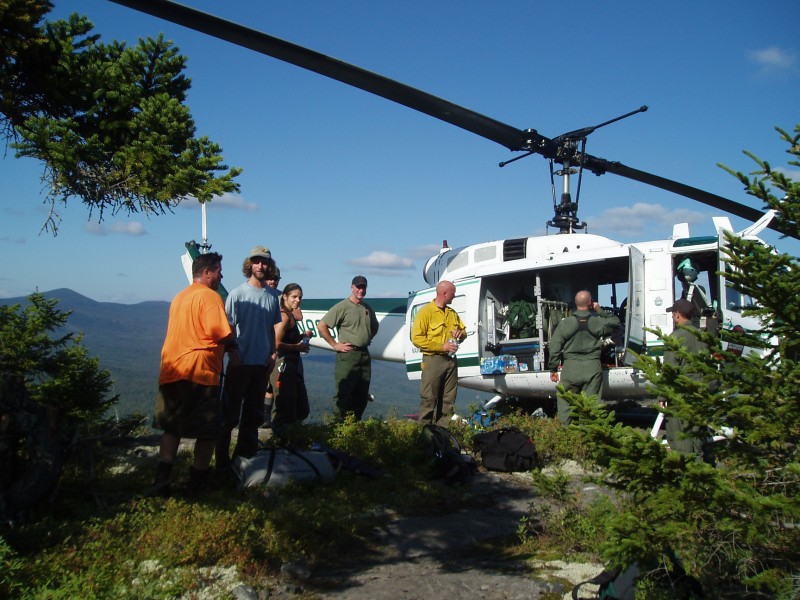 Several state agencies and organizations responded to a 911 call today, identifying a severely injured hiker on the A.T. The 6-hour successful rescue effort is outlined below, as reported by Maine Warden Service Lt. Kevin Adam and Ranger Sergeant Bruce Reed.